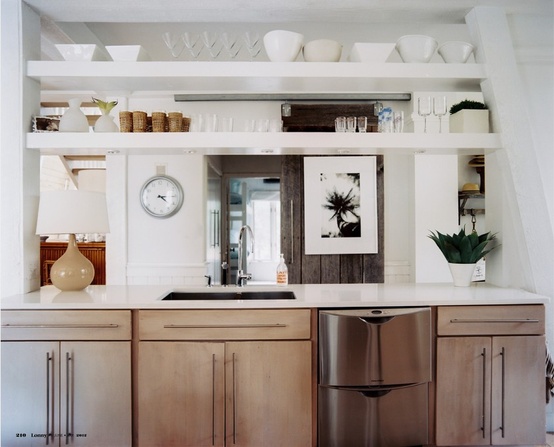 I’m a big believer in following your gut instinct when it comes to big decisions.  There was no exhaustive list of pros and cons when it came to deciding what college to attend and I moved to Hawaii, more than ten years ago, on a total whim.

But it seems as though my usually reliable gut instinct has gone MIA when it comes to making decisions on my upcoming kitchen renovation.  So while I normally stick to just recipes and food around here, you’ll probably see a bunch of kitchen remodeling/renovation posts in the next couple of months as I try to force myself to finally make some decisions and keep my design-obsessed family in the loop.

But for those of you who are firmly in the I-couldn’t-care-less camp, I’ll be sure to keep the page breaks up nice and high so that your reader and the main page isn’t cluttered with photos and information about kitchens, appliances and countertop materials.   For those of you who love home design as much as you do food, read on… 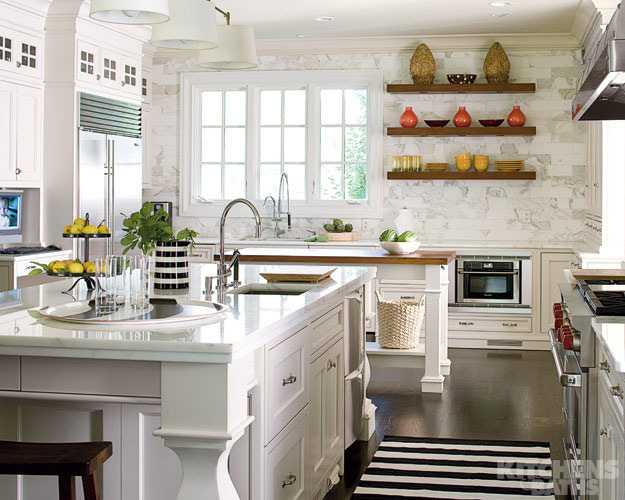 So of course the first step is collecting inspiration photos, which I’ve been doing on Pinterest and on Houzz.  Here are some of the kitchens that make me a little weak in the knees. 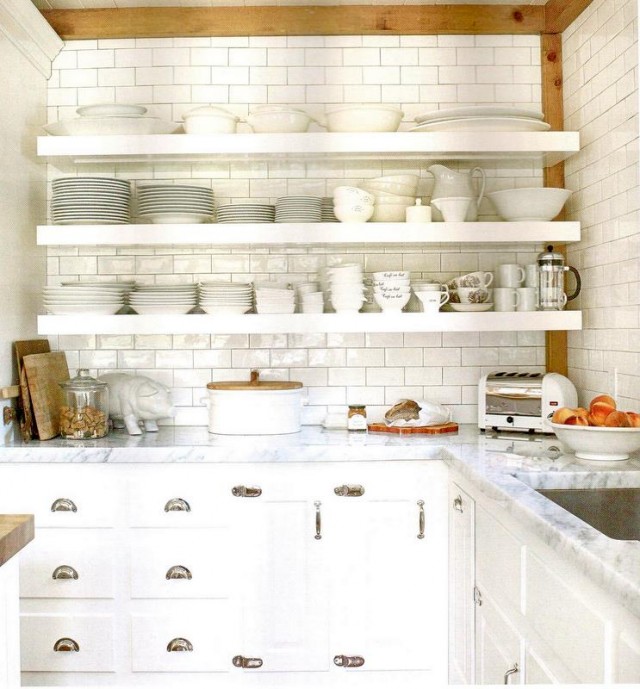 Photo via The Granite Gurus 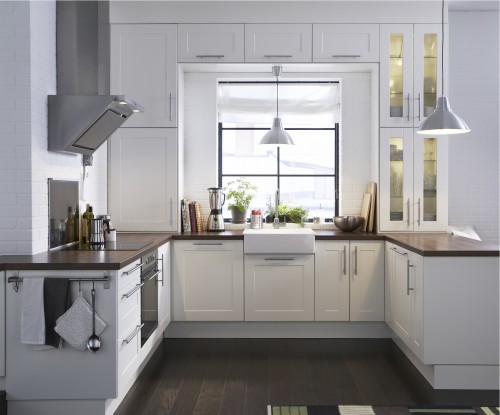 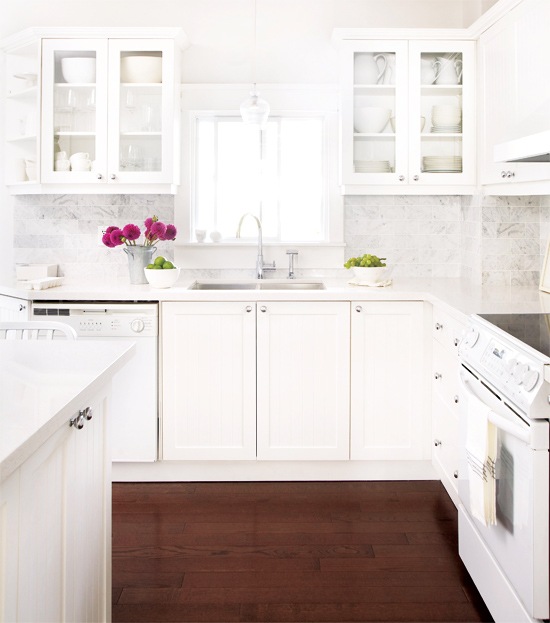 Photo by Stacey van Berkel-Haines for Style at Home, via Courtney Lane 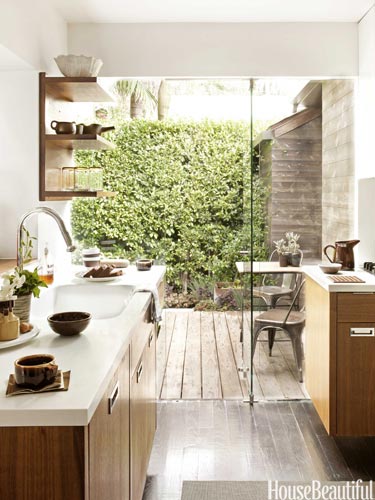 Photo via Elements of Style 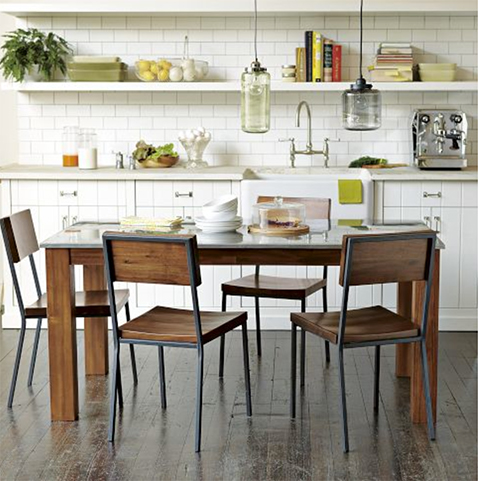 Photo via 7th House on the Left 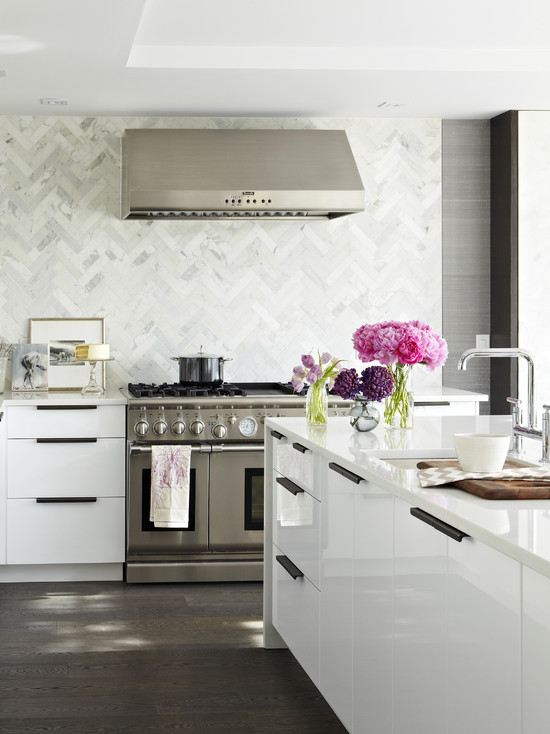 It’s easy enough to achieve any of these looks with a large space, good lighting, and an unlimited budget, but I’ve got a kitchen that’s less than 100 square feet, no natural light (other than what flows in from the living/dining space) and a tight budget.

Luckily there’s plenty of inspiration around the blogosphere that gives me hope that I’ll also be able to turn my kitchen into a light, airy space.  I’ve done my best to include my favorite design elements (black, white, wood, open shelving, marble, subway tile, etc.) into three different options that I think would work for my light and space-challenged kitchen.

For the record, I’ve got Shaker style cabinetry that I’ll be keeping (and likely painting white) and the floors will be the same dark-stained Cumaru that’s in the rest of the apartment.  Everything else (counters, backsplash, lighting, appliances) will need to  be chosen as things move along… 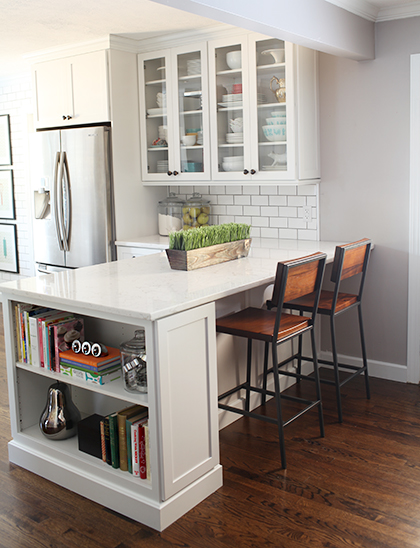 Photo by 7th House on the Left

I’ll get into why I’m going with quartz countertops in another post, but these are the specific two quartz products that felt had the most natural veining and variation.  Ashley and Greg from 7th House on the Left (whose kitchen photo I included above)  used the Cambria Torquay.

I wasn’t able to find any information on the LG Hausys Viatera Cortina online, but I have seen it at Home Depot and it looks beautiful and very similar to Torquay.  The folks at Home Depot said perhaps Cortina is a new variety that’s made specifically for Home Depot.  But Google LG Cortina and you’ll come up pretty much empty handed.

If I went with one of these quartz options, I’d probably pair it with a subway tile backsplash with a medium grey or beige grout to play off the veining on the counters. 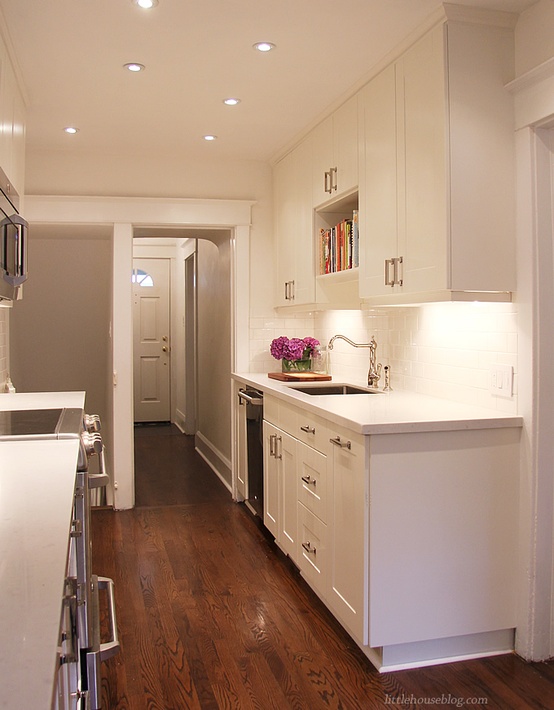 My samples are actually show that these two are much closer in tone than the photos above indicate and are very similar.  Aubrey and Lindsay of the Little House Blog (whose kitchen photo I included above) used Misty Carrera.  Unfortunately not too many people have posted photos of their kitchens with Lagoon.

If I went with obviously grey counters, I’d most likely stick with a very plain white/neutral backsplash.

Yukon Blanco is another quartz that doesn’t have a whole lot of photos of it posted online, so I was happy to spot it used in this Bay Area kitchen.  And while this isn’t a kitchen that was done on any sort of a budget (it’s the Elle Decor Showhouse!), I can certainly draw some inspiration from it.

In addition to the area of the kitchen that’s shown above with the statuary marble tile backsplash, there’s another area by the stove that uses another fun graphic tile backsplash.

The Yukon Blanco is lighter than the Lagoon and Misty Carrera and reads a bit warmer and neutral in tone… it’s almost like an off-white greige with a bit of texture.  And since it’s so neutral, it opens up a lot of possibilities for backsplash options.  Since I can’t be trusted with a marble countertop (etches, stains, etc.), it might be a good way to bring in some marble to the mix… possibly in herringbone?  Or maybe do this very cool, modern twist on a traditional/trendy subway tile?

So the quartz sale ends in a couple days and I need to make a decision stat.  Any design loving foodies out there who want to weigh in?  Family, I’ll be expecting your calls/emails…

How to Make Kraft-Style Mac and Cheese for a Crowd: Buy Dried Cheese Powder in Bulk

Roasted Eggplant with Garlic and Mint

Can jam october round up: chile peppers