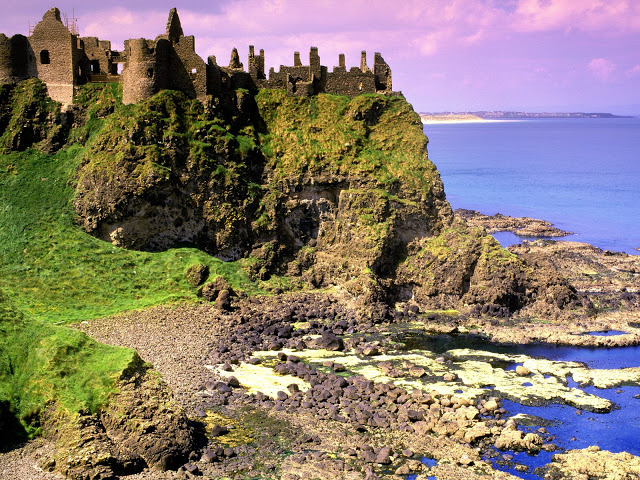 Photo Courtesy of the Digital Times

Ireland, it’s time to say goodbye.  It’s been great, but really it’s best that I slip away quietly now before I do any more damage.  It’s actually hard to grasp the amount of cheese, heavy cream, and booze that I’ve put away in the past two weeks.  Of course the bright side is I’ve found some wonderful new recipes, like these rustic potato and oat crepes , this Irish pub pepper soup, this strawberry and oat flummery parfait, and this rhubarb and ginger crumble.

What didn’t make the cut?  For starters, a pleasant but unexciting cream of cauliflower soup.  Pleasant but boring can be a tough sell.

There was also what I prematurely envisioned as Ireland’s piece de resistance, Seafood Mornay.  Several kinds of fish poached and then combined in a creamy cheese sauce and baked until browned and bubbly.

Looks pretty good, right?  I think it was.  The problem was one of the fish I used gave me a mild case of food poisoning.  Not the recipe’s fault, of course, but I still can’t muster any excitement over the dish anymore. 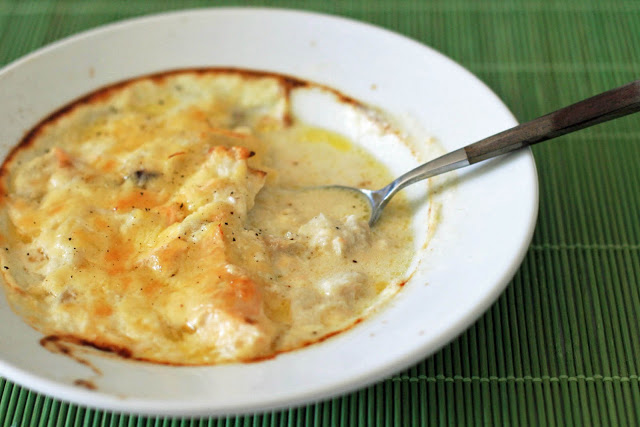 Food poisoning aside, I had a wonderful time visiting the Emerald Isle.  I’d love to stay longer (there are so many other recipes I want to try!), but seriously folks, it’s time for me to step away from the cheese.

Next up: a country that uses less dairy.  I think it’s for the best.

Back from New Zealand