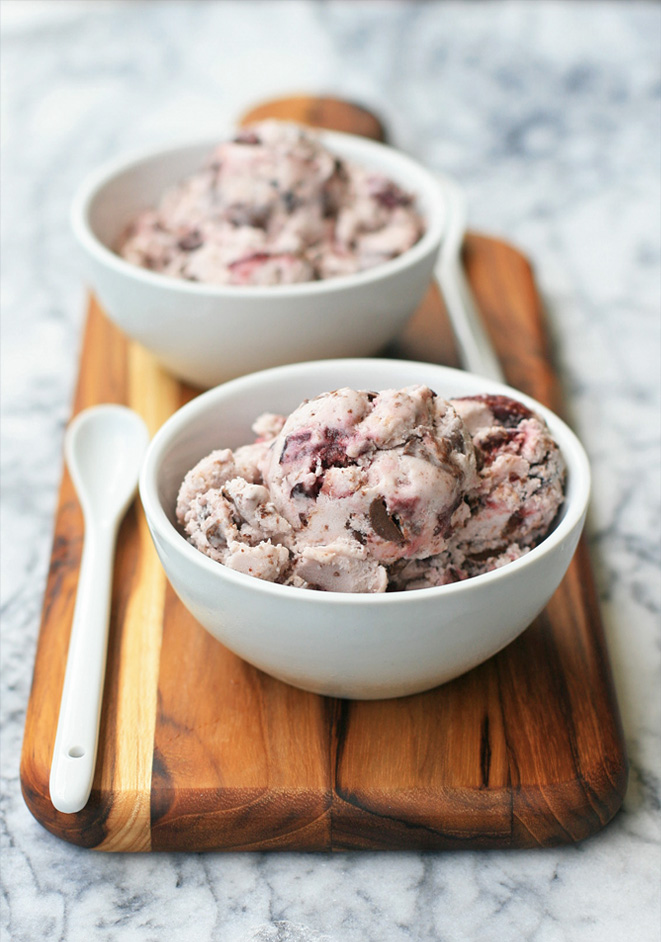 I might be on a cleanse, but that certainly doesn’t mean that desserts are off-limits.  During past cleanses I’ve been a big fan of frozen banana-based ice creams (check them out here and here).

This time around I knew I wanted to develop a healthy version of Cherry Garcia to use up some very, very last of the season Bing cherries.

Some early attempts using bananas didn’t pan out quite as I’d hoped, but Marla’s Vegan Chocolate and Cherry Ice Cream inspired me to change course and use coconut milk for the base instead. 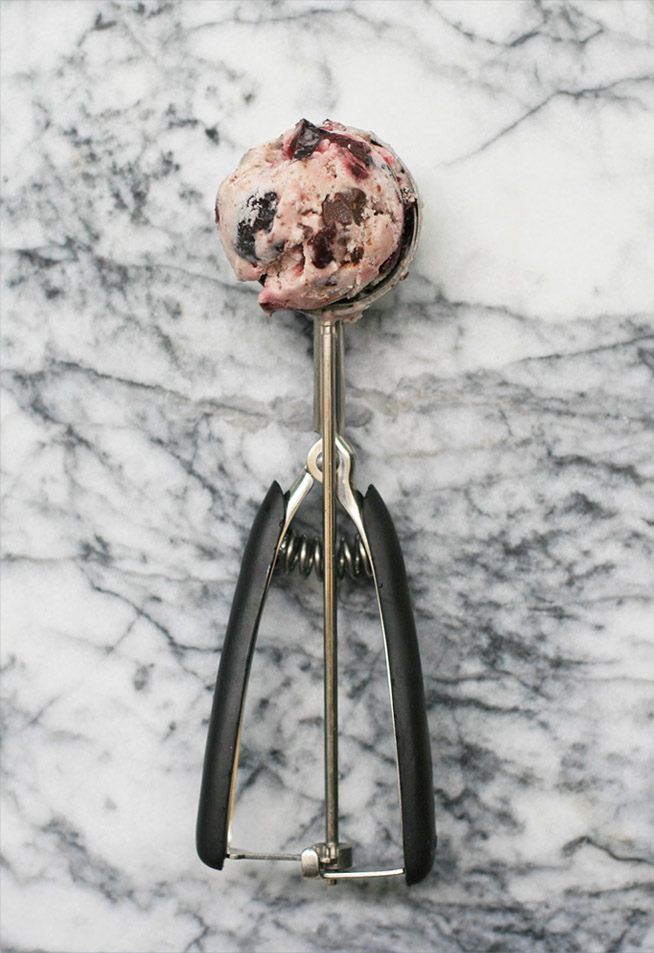 So I adapted my coconut ice cream to be sugar-free, and added in lots of chunks of fresh, sweet Bing cherries (frozen would also work) and some chopped chocolate.

Obviously if you’re making this vegan, you’ll want to add vegan chocolate to the mix.  And if you’re not on a cleanse or detox, feel free to use sugar instead of stevia… three-quarters of a cup will do the trick. 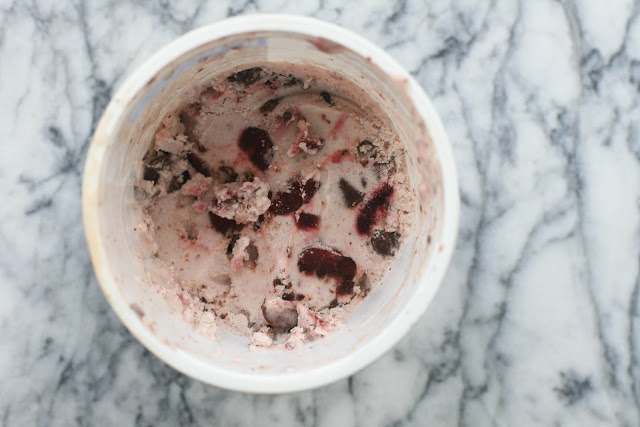 I should note that sugar affects not only the sweetness of ice cream, but also its texture and freezing point.  Should you go the stevia route, you’ll want to eat it right out of the ice cream maker or take it out of the freezer at least 10-15 minutes to allow it to soften.  The stevia version is also not going to have quite the same texture as your average ice cream.
But I’m guessing that if you’re a week or two into a strict cleanse and this will probably do the trick just fine… 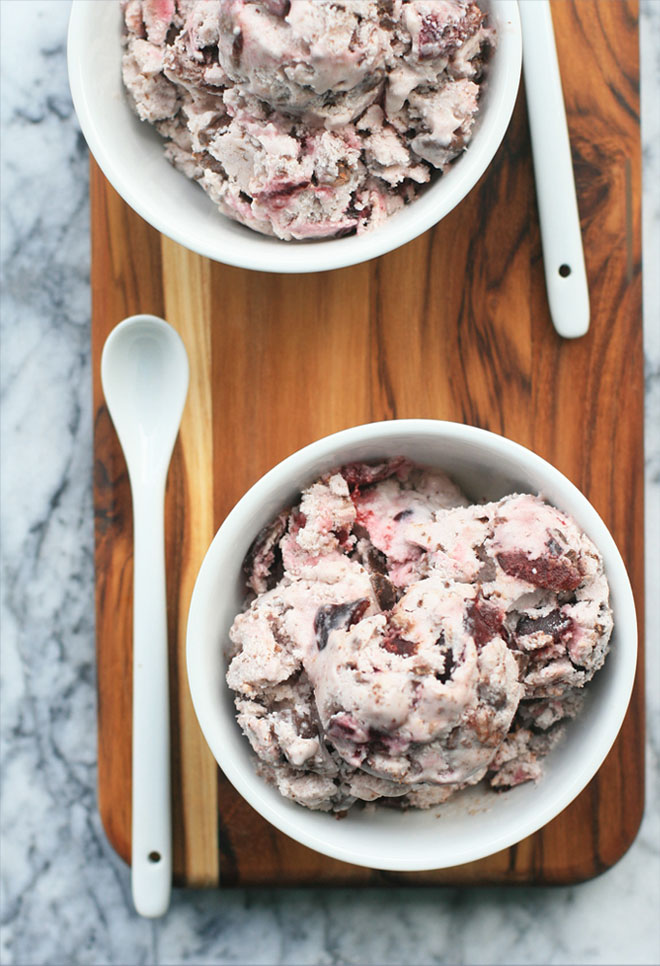 Combine all but 1/4 cup of the coconut milk, the stevia or sugar and salt in a heavy-bottomed saucepan. Bring to a simmer over medium heat. In a small bowl, whisk together the cornstarch and the remaining 1/4 cup of coconut milk until smooth. Add to the saucepan and cook, stirring constantly, until the mixture thickens and can coat the back of a wooden spoon.

Remove from heat and let cool to room temperature. Pour into blender and process with 3-4 cherries to tint the base a light pink color. Cover and chill at least 3-4 hours, or up to 24 hours.

Freeze the mixture in an ice cream maker according to the manufacturer’s instructions. In the last minute or two, add the cherries and chocolate to mix into the base. Serve immediately or place in the freezer.