If you’re a keen baker, you probably already own a set of measuring cups. Quick and easy to use, they’re a huge time-saver in the kitchen. When you’re baking a cake, what could be easier than scooping out a cup of flour and throwing it into your mixing bowl? You might be surprised to learn that in many parts of the world, cooks don’t rely on measuring cups, preferring to weigh their ingredients. That’s why following a British or Australian recipe can be a real head-scratcher. Why do some cooks favor volume, and others weight? Which system is best? Let’s take a deeper look into the world of measuring cups… 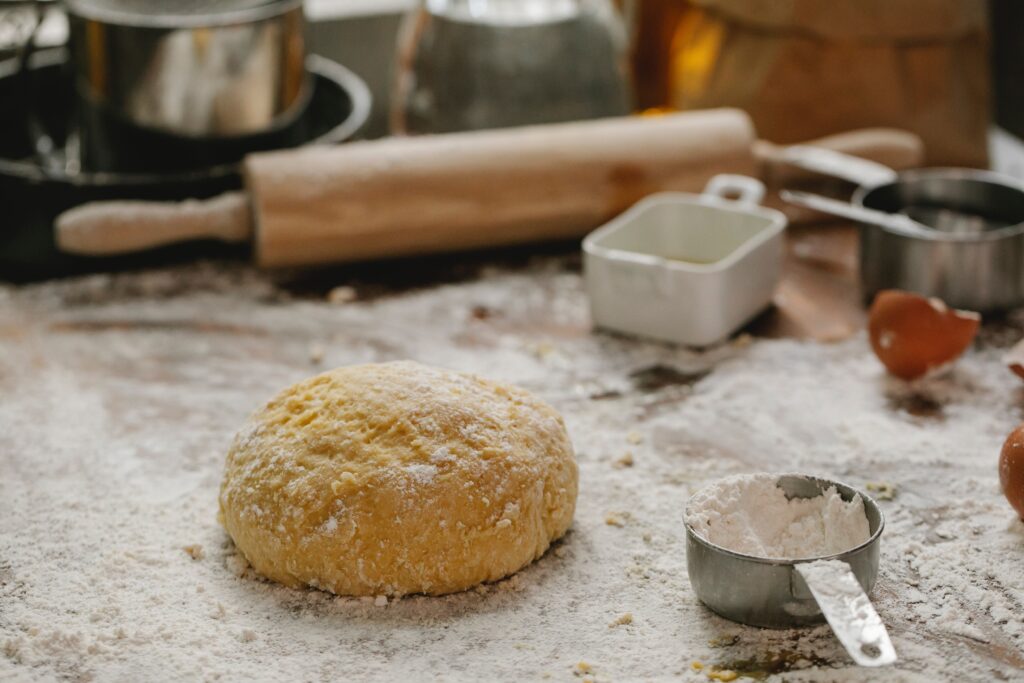 The main advantage to weighing your ingredients is accuracy. A measuring cup is 1/2 a pint. Fill it with flour and it should weigh 4 1/4 oz (that’s 120 grams for our metric friends). But does it really? If your sack of flour has been sitting around for a while, it’ll have less air, so the flour is packed more densely. Give it a shake before opening it, and you’ll aerate the contents. This can affect the amount that fits into your cup. A kitchen scale gives you total precision, but takes more time to use, so measuring cups are a better solution for the cook in a hurry. Does this precision really matter? It depends on what you’re making. A professional pastry chef will probably want to weigh their ingredients totally accurately, but most amateurs will find good enough results with cups, while also saving time. Working from a British or Australian recipe? Use an online cups and grams converter to quickly change between grams and cups, and you won’t have to do any complex math yourself! Scales do have a couple of downsides. They use batteries, which will run out from time to time. Your scale needs to be set on a totally level surface. Most kitchen scales have rubber feet in each corner to give them balance. If one of these falls off, it’ll suddenly be a whole lot harder to get an accurate reading. To make matters worse, if your scale malfunctions and starts showing inaccurate weights, you might not even notice. Measuring cups also have one absolutely essential use: liquids. It’s far, far easier to measure liquids by volume than by weight! Even if you get the scale out for your flour, you’ll want a cup on hand for your milk or oil.

How to use measuring cups

It’s a good idea to have two sets of measuring cups, one for wet and the other for dry ingredients. A liquid measuring cup has markings on the side, so you’ll pour in liquid up to the appropriate marking. A dry cup should be filled all the way to the top – which would make a real mess with wet ingredients! When you’re filling a dry cup, the ingredient should be aerated beforehand. Fluff up your flour before scooping. 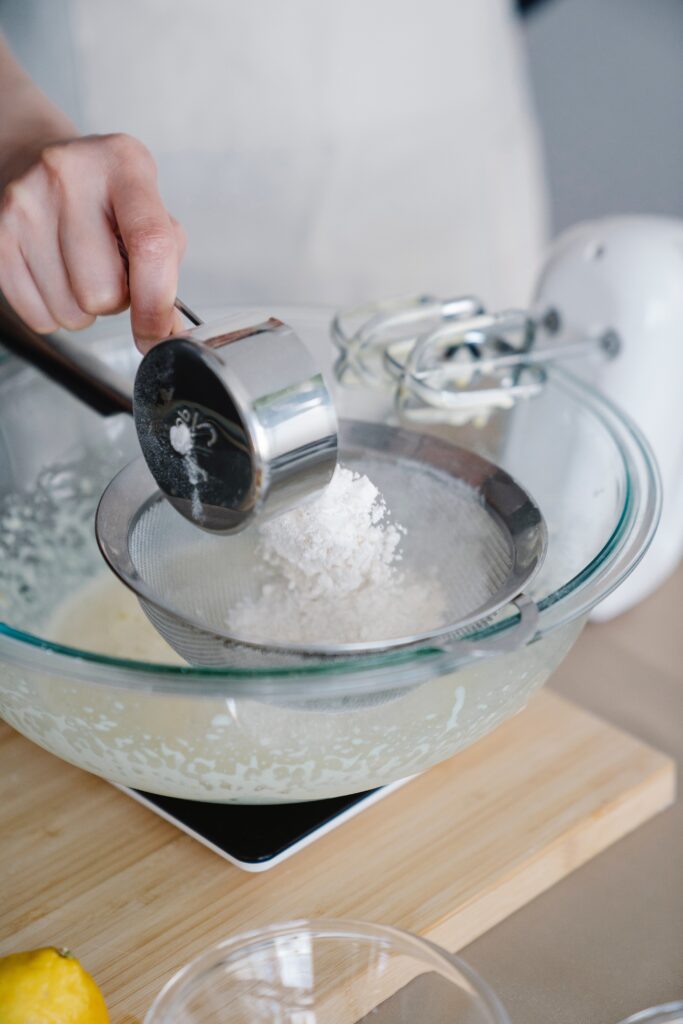 Fill your cup to overflowing then, with the back of a knife, carefully level it off (to keep your kitchen clean, do this while holding the cup over your flour sack). This will give you the right amount. Don’t tap your cup on the counter to “settle” the flour inside. If you do this, you’ll lose that all-important aeration. For wet ingredients, pour them into your cup until you hit the right marking. You’ll want to crouch down slightly so you can view your cup side-on, for the most accurate result.

A cup is a cup…right?

One of the major benefits of measuring cups is that they’re standard. A cup is always a cup…or is it? Just to confuse you, some different countries use different cup sizes. An American cup measures 1/2 a pint, 8.12 fl oz, or 237 ml. However, our metric loving friends in Canada, Australia, Britain, and New Zealand favor a slightly larger cup, measuring 250 ml (8.8 fl oz). This may not seem like a huge difference, but if you’re aiming for precision, these little details can add up.

If that hasn’t got you pulling your hair out, be careful with older British recipes. The United Kingdom adopted the metric system in 1965. Before that, it had its own system of measures, and some older recipes still use them. The traditional British cup measured a massive 284 ml – about 1 1/4 times the size of an American cup, which can really mess up your recipes! Before you start a recipe with cup measurements, check its origin – was it written by an American cook, or someone from a country using the metric system? Then you have two options, using your standard cups which might be fine, but can cause problems with delicate baking, where total precision is needed or for the best possible results use a conversion tool that works with cups, like these on The Calculator Site. This lets you follow the recipe exactly as it was written, which should give you a more accurate outcome.