I don’t know how the longtime bloggers keep track of what dishes they made oh 4, 6, 8 years ago.  When I was talking to a friend last weekend about what I’d cooked, I mentioned I’d made a shrimp and cucumber salad.  You’ve made something like before, haven’t you?  I quickly responded no.

Well, I was wrong.  Not only did I make and post a Vietnamese Shrimp and Cucumber salad already, but it was 1) less than a year ago and 2) it was so so good I have no idea how I’d forgotten about it so soon. 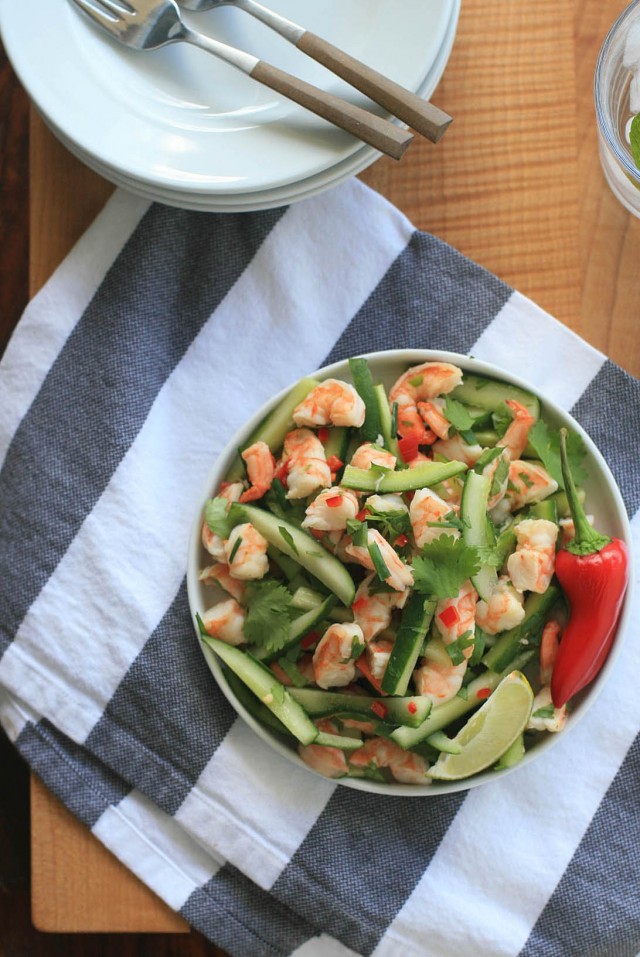 So I now have two shrimp and cucumber salads posted.  But even though they’ve both got quite a few of the same base ingredients (shrimp, cucumbers, chile peppers, lime juice, fish sauce), the similarities end there.

The Vietnamese salad is something of a beast.  It’s not something that you’re going to whip out on a weeknight when you get home from work totally ravenous.  It’s the kind of dish best served at a weekend dinner party, when you’ve got guests to impress and plenty of time to prep.

This Burmese salad, however, is a total snap to throw together.   So maybe it’s a good thing I have a shoddy memory because sometimes simple is good.  And well, choice is good too.  So don’t  be surprised if I end up making another version if I find another recipe in a Thai or Lao cookbook.   Consider yourself warned because I apparently have a thing for shrimp and cucumber salads. 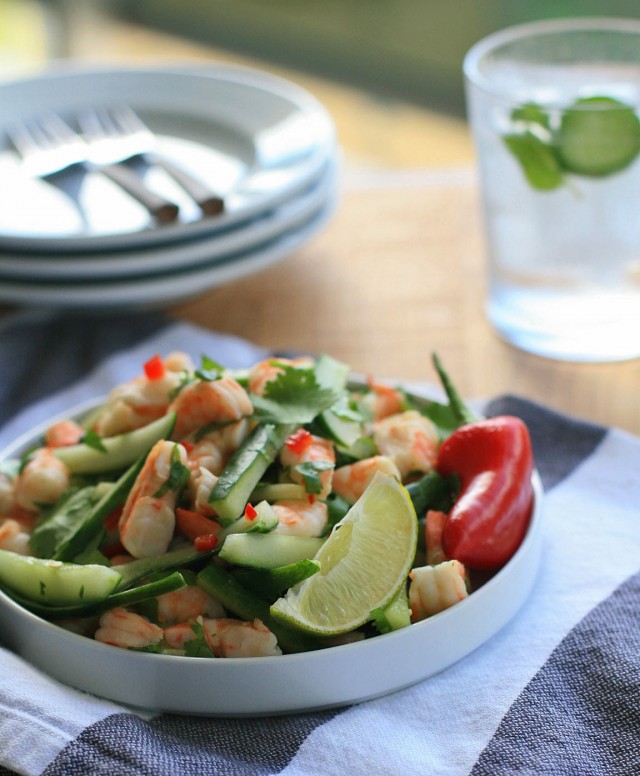 If you have leftovers you may need to add a little extra fish sauce and lime juice, as the salad tends to soak up any liquids if stored for more than an hour or so.

Cut the cucumbers lengthwise and scoop out any seeds. Cut into approximate 1-1/2-inch lengths and then cut those pieces into thick matchsticks. Add the cucumber, cilantro, Jalapeno, fish sauce and lime juice to the shrimp and toss to coat. Taste and add a little salt, if necessary.