I love natural yogurt and when I’m at a store I usually buy natural yogurt (with no additives like fruit) or Greek yogurt. You can recognize a good natural yogurt by its ingredients list. It’s very short – just milk and bacteria, the so-called ‘yogurt culture’. If I want my yogurt to be sweet and fruity, I don’t buy fruit yogurt. The ingredients list gets so long that researching each of them would take an immense amount of time. I simply add in the fresh fruit or combine the yogurt with crushed berry juice to get that pinkish yogurt look. 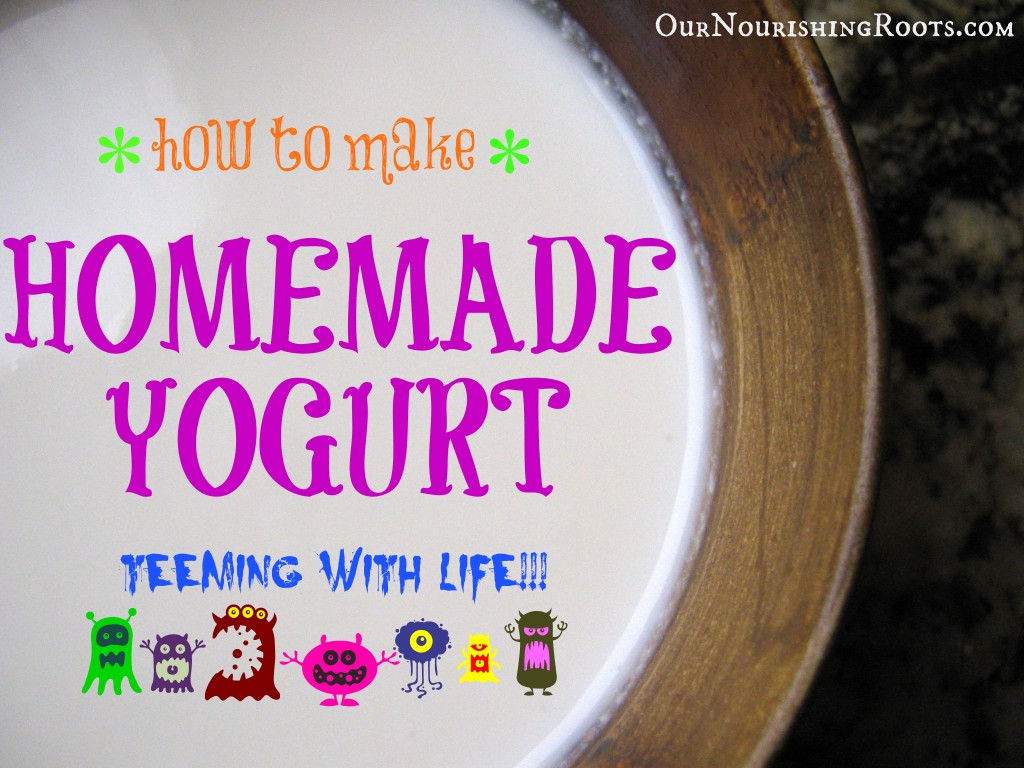 But I have since noticed that true natural yogurt is getting more and more difficult to come by at my local stores. That’s when I started looking into making my own yogurt at home.

I found that it’s actually not that hard to make yogurt as long as you have the right ingredients. You need quality milk and optionally cream (this depends on how thick you want your yogurt to be). You will also need proper yogurt starter that contains all the culture strains that turn the dairy into yogurt. The bacteria thicken the milk and cream by creating the necessary bacteria. That’s why yogurts are probiotics: they contain bacteria that has a beneficial effect for our bodies. Yogurt is literally one of the healthiest types of dairy you can eat due to its probiotic properties.

Probiotics are very important because they help develop a strong immune system that defends us from diseases. They also have a crucial role in regulating the gut flora so if you have problems in that department, try eating more probiotics like yogurt. If the cause is unbalanced gut flora then you will surely see an improvement. And homemade yogurt is how you get the most probiotics because the yogurt is as fresh as it can possibly be.

Yogurt has so many uses that there are weeks I find my myself using them on consecutive days all the time. I like eating it as it is with some fresh fruit and nuts as breakfast. It works great as a crepe filling or smeared on pancakes and waffles. It can be used instead of regular cream to make deliciously thick sauces, like mushroom sauce or creamy potato sauce. Yogurt also works perfectly as an ingredient for a salad dressing.

Mesophilic yogurts are better for beginners because you don’t need any special equipment to make them. You just set a jar on your kitchen counter and wait for it to turn into yogurt. You will need a mesophilic yogurt starter, though. I recommend the Viili culture from Cultures for Health. I used it myself and I can say with all certainty that it works just as it should.

The history of yogurt

People have been fermenting dairy in many different parts of the world, resulting in some very specific strain cultures that make up the unique taste of each region’s yogurt. For example, both the American natural yogurt and the Indian lassi are yogurts but they taste completely different. The Wikipedia says the following:

“How milk was first cultured into yogurt remains a mystery. Analysis of the L. bulgaricus genome indicates that the bacteria may have originated on the surface of a plant…

There is evidence of cultured milk products in cultures as far back as 2000 BCE. In the records of the ancient culture of Indo-Iranians (Iran and India), yogurt is mentioned by 500 BCE. In this record the combination of yogurt and honey is called ‘the food of the gods’. Persian traditions hold that ‘Abraham owed his fecundity and longevity to the regular ingestion of yogurt’.

The oldest writings mentioning yogurt are attributed to Pliny the Elder, who remarked that certain nomadic tribes knew how ‘to thicken the milk into a substance with an agreeable acidity’. The use of yogurt by medieval Turks is recorded in the books Diwan Lughat al-Turk by Mahmud Kashgari and Kutadgu Bilig by Yusuf Has Hajib written in the 11th century. Both texts mention the word “yogurt” in different sections and describe its use by nomadic Turks.  The earliest yogurts were probably spontaneously fermented by wild bacteria in goat skin bags.”

Isn’t it fascinating? I’d love to be able to try different regional variations of yogurt!

What about milk and cream?

Ok, so we know about culture strains but what the milk and the cream? What types are best for making your own yogurt?

The best kind of milk for the healthiest yogurt is by far raw milk (that means milk that hasn’t been pasteurized). However, making yogurt with just raw milk will result in a pretty thin and runny yogurt which doesn’t really resemble what we are used to seeing. It’s still yogurt, of course, but its consistency and texture is not something I’m a fan of.

Adding cream to the mix thickens the yogurt. I also found out that heating your combined milk and cream (up to 110 degrees F) before putting in the starter also seems to make a difference and the resulting yogurt is visibly thicker.

Of course, nothing wrong will happen if you use pasteurized milk. The yogurt won’t contain as many good nutrients but it will definitely be proper yogurt. Try to find the best quality milk you can in your area. If you can’t find raw milk, go with grass-fed or whole milk.

And the best thing about making your own yogurt is that each time you make one batch, you can a few spoonfuls of it to use as a starter for your next batch! So it’s actually efficient to keep making, for example, once a week. Your starter might start failing after a while and then you will need to ‘revive’ it with a new store-bought yogurt starter. If you don’t have anywhere to buy a starter from, you can also use some natural yogurt bought from your local supermarket. Just remember that it has to be really good quality or otherwise, your homemade yogurt won’t work!