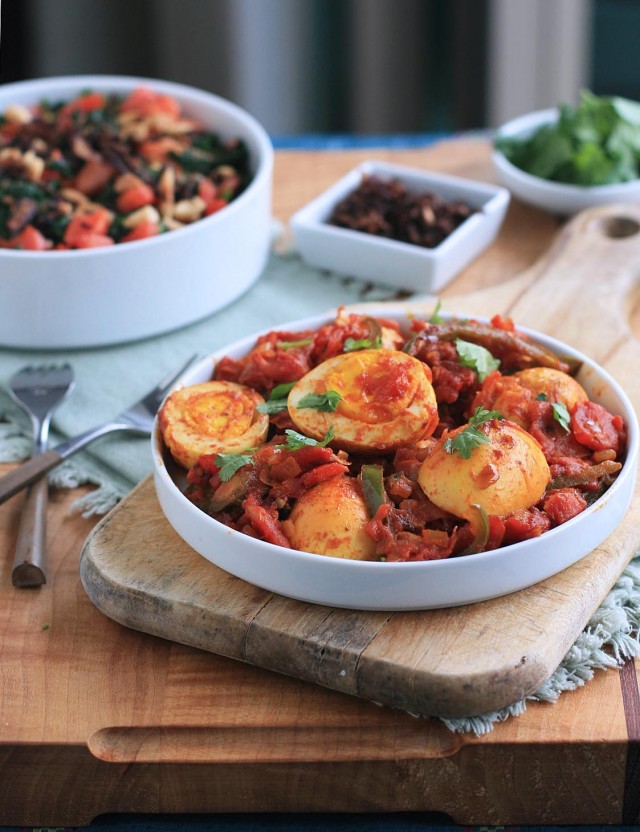 To all the shakshuka lovers out there:  I think you guys are really really going to like this one.  It’s the same basic format as the famous Israeli and North African dish, with eggs nestled in a fiery, chili pepper-laced tomato sauce.

But that’s where the similarities end.  Instead of cracking uncooked eggs into the sauce, as is done with shakshuka, hard boiled eggs are fried in turmeric-tinged oil until golden and blistered and then added to the sauce.  It’s pretty magical. 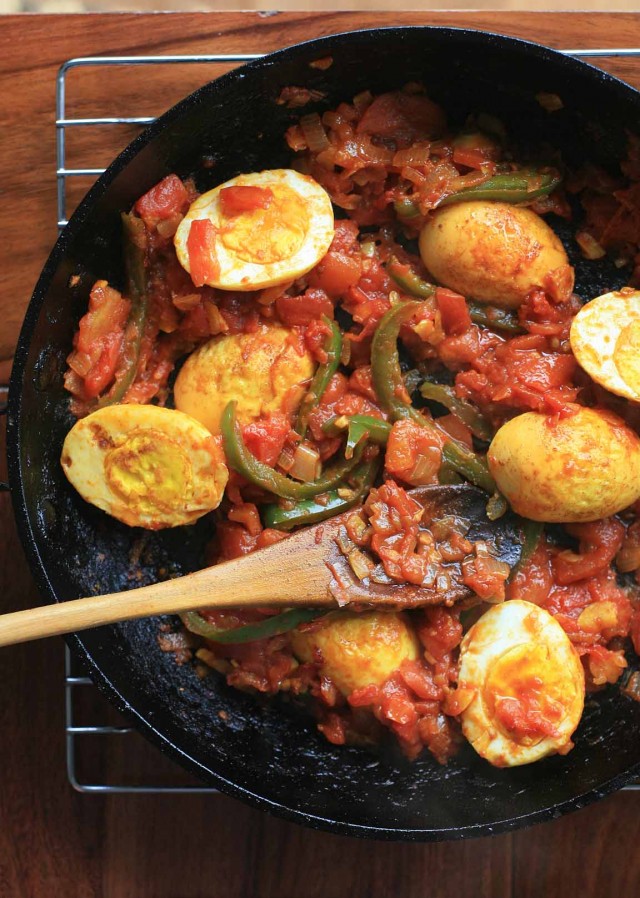 And that’s a pretty bold statement considering that I wouldn’t even eat hard boiled eggs a couple years ago.  But that was before I learned the trick to the perfect hard-boiled eggs:  8 minutes at a low boil with an immediate  subsequent dunks into ice water.  You end up with the most perfectly creamy golden yellow centers.

I could make the obvious statement that this would be great brunch food, but this curry would be awesome anytime of day.   And it was particularly great when paired with the spinach salad that I’ll be posting in a couple days.  Seriously, match made in heaven.  All those leftover Easter eggs will be the perfect excuse to try this one. 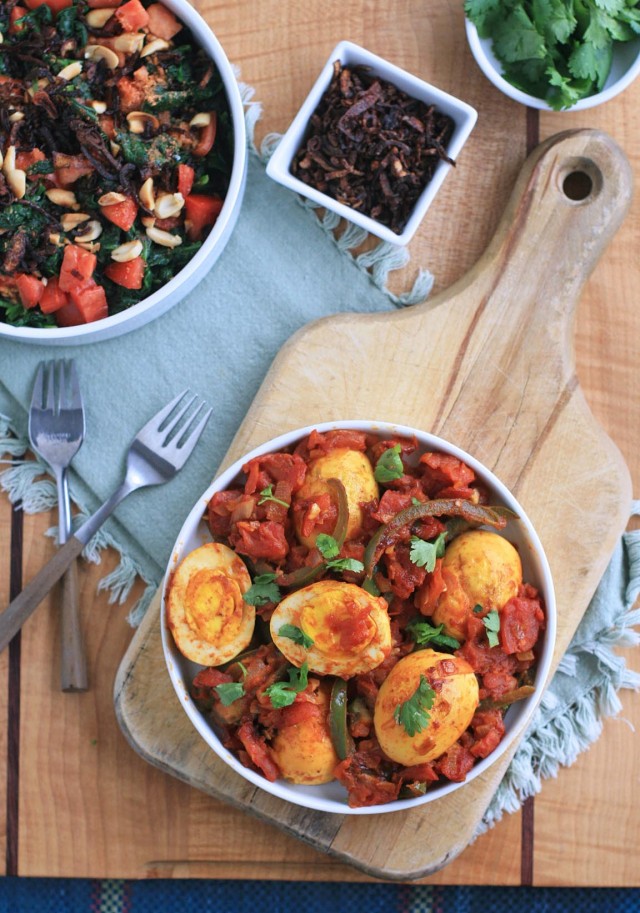 Bring a medium saucepan of water to a low boil. Carefully lower the eggs into the water and cook at a low boil for 8 minutes. Remove the eggs and place immediately into an ice bath to stop them from cooking further. When cool, peel the eggs and set aside.

Heat the oil in a heavy-bottomed skillet over medium-high heat. Add the turmeric and give it a quick stir. Add the eggs and cook, turning them occasionally to evenly expose them to the oil, until the eggs are golden yellow and slightly blistered on all sides. Remove from heat and set aside on a plate. Cut the eggs in half lengthwise.

Remove all but 2-3 Tablespoons of the turmeric oil (save it for another purpose). Add the shallots and garlic and cook, stirring, until the shallots have softened. Then add the cayenne pepper and give it a quick stir. Add the diced tomatoes and cook, stirring frequently, until the tomatoes begin to break down. Add a little water, if necessary, to prevent the tomatoes from sticking/burning. You can also help break up the chunks of tomato with a wooden spoon.

Add the fish sauce, salt and Jalapeno chili pepper. Cook, stirring frequently, until the chili pepper begins to soften. Add the hard-boiled eggs, cut side down, into the pan and cook for approximately 2-3 minutes. Remove from heat and sprinkle with cilantro.