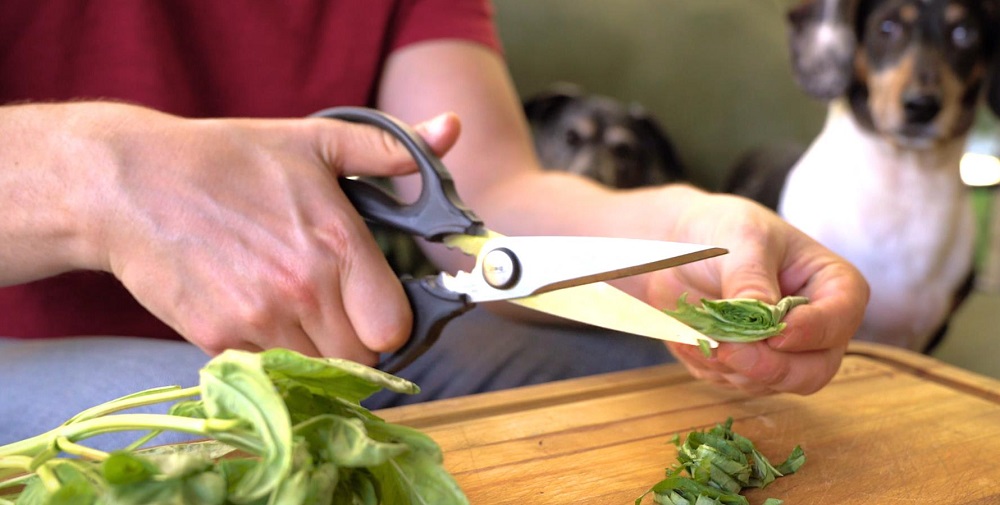 Kitchen shears are handy tools, aren’t they? They can be used for cutting meat, cutting through packages, or for cutting herbs. Some of them are even equipped with nutcrackers so that people can enjoy their favorite nuts. As much as they do for us, however, we don’t seem capable of returning the favor. Too many of us fail to properly take care of our kitchen shears and merely toss them into a drawer, forgotten until we need them again. And in our opinion, that’s a shame.

If there’s one thing that we know: it’s the fact that even the best kitchen shears won’t last very long if they aren’t properly cared for. When we say properly cared for, we mean keeping them sharp, properly storing them, and properly cleaning them. Since not everyone knows how to accomplish these three things effectively, we’ve decided to address the issue right now. We’re going to bring respect back to kitchen shears so everyone can get good use out of them.

To sharpen the scissors, wet the surface of the stone with honing oil or water. When that’s done, lay the inside surface of the scissor blade on the stone, flat. Using slight downward pressure, draw the blade across the entire length of the stone. Do this moving from the base to the tip. This usually only takes about 10 strokes, but sometimes 20 strokes are needed for especially dull blades. After the blade has been sharpened, check the blade for burrs that might exist around the inner edge of the blades.

The next thing we want to talk about is keeping the kitchen shears nice and clean. And that is easily enough done using dish soap and hot water, just like you would with any other kitchen utensil. When washing them, make sure to clean the area where the blade and handle come into contact to remove any food particles—particles where dangerous bacteria can grow. This can be difficult to do with some kitchen shears, but with the ones that are designed to be taken apart, it’s not all that difficult.

It’s important to not let your kitchen shears “soak” in your sink. They should never be submerged in water for any longer than a couple of seconds. It should be washed immediately, and then dried immediately. Although most kitchen shears are now made from stainless steel and aren’t subject to rust, oxidation can still take place on the surface of the stainless steel and that can potentially weaken it.

It’s also important for you to keep your kitchen shears oiled, especially around the hinge and where the screw is located. To do this, all you have to do is to use a small amount of food-grade mineral oil to these areas—wiping any excess off of them before storing them.

Storing the kitchen shears properly is just as important as sharpening them, cleaning them, and oiling them. These shears should never be tossed into a drawer with other junk. Instead, they should be properly stored in some kind of protective case. This can be a box, a sheath, or a pouch.

Another way that some people store them is by using a magnetic strip. Magnetic strips are great because you can just place them against it and it will hang there until it’s ready to be used. That keeps their blades safe and keeps them handy. No matter how it’s stored, it’s important that they are kept away from metal, glass, or ceramic kitchen wares.

Some Tips On How To Use Your Kitchen Shears

Since we’re done with talking about how kitchen shears should be properly maintained, we thought that we’d take a few moments and talk about some of the things that you can use kitchen shears for. We understand that we might have scared some people away from kitchen shears and make them seem like they’re a lot of work, and that wasn’t our intention. We don’t think kitchen shears are difficult to maintain, but we do think that they are good for a variety of projects. Projects such as the ones that we’ve listed below. 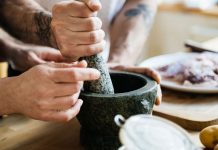 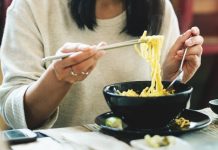 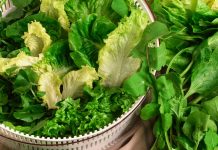