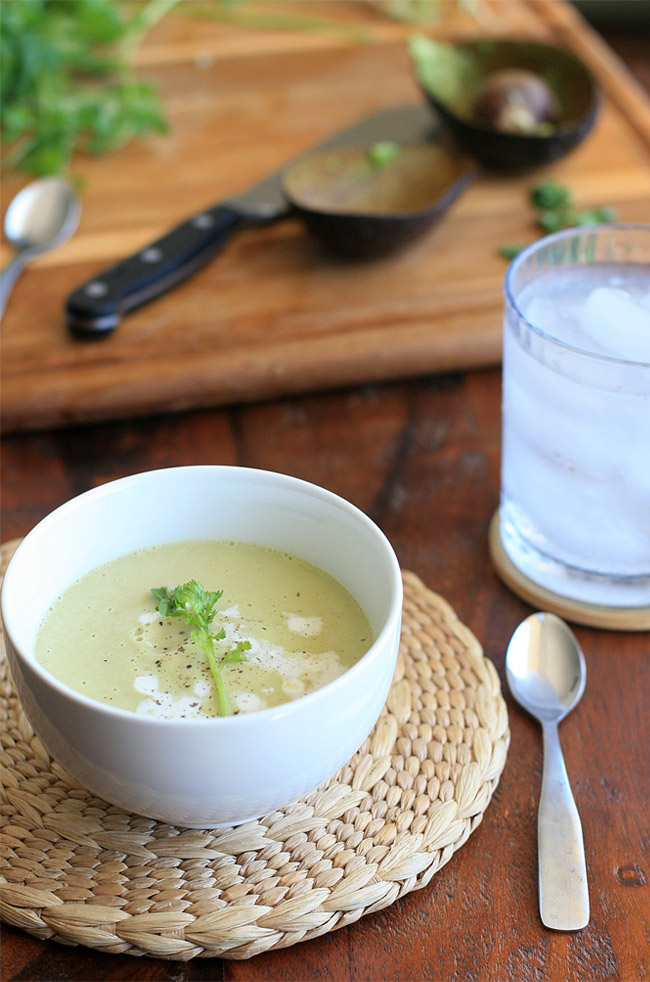 I’m not gonna lie.  Two thing drew me to this soup: the claim that it could be made in 15 minutes and the fact that I already had all of the ingredients on hand.  I can’t say I had high expectations…. one too many mediocre-at-best cucumber and avocado chilled detox soups I suppose.  The ones that taste an attempt to salvage a smoothie gone wrong. 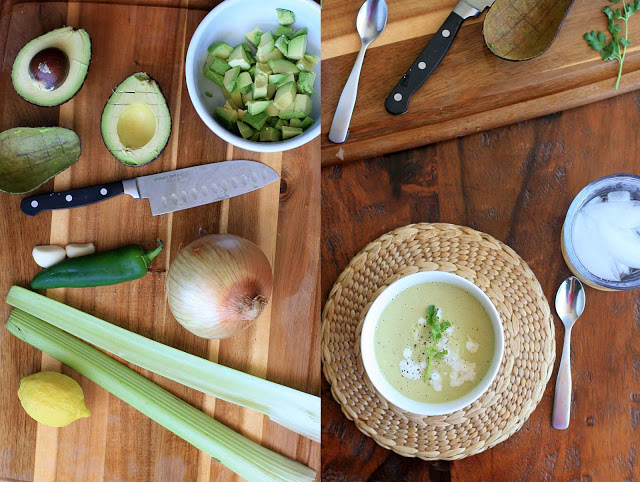 Thankfully this soup is nothing like those detox soups.  If you’ve had avocado smoothie before, whether it was the Southeast Asian variety with plenty of sweetened condensed milk (or ice cream) or something closer to the healthy/vegan/cleanse type, you know that avocados lend a certain silken quality and texture when it’s blended. 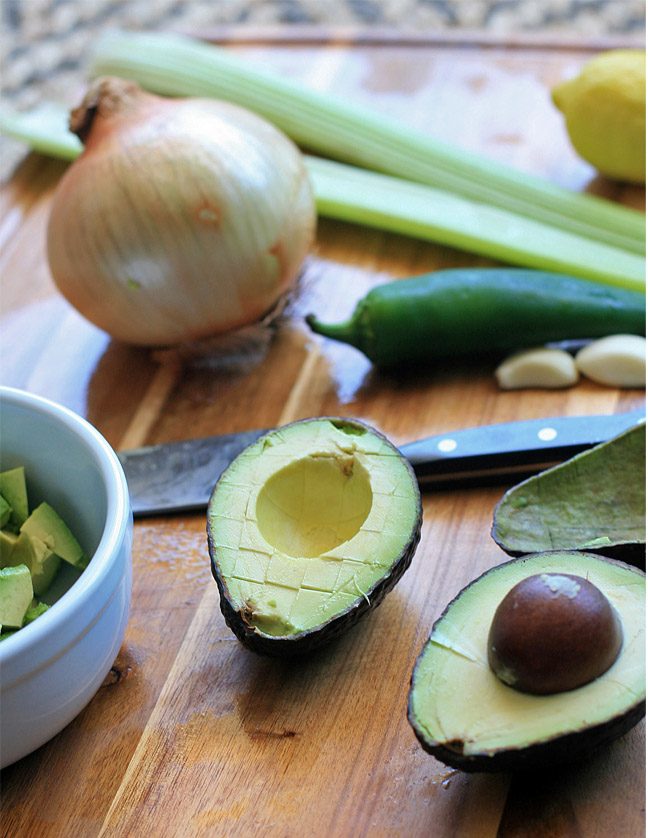 It does the same here when it’s combined with a chicken broth enhanced with sauteed garlic, onion, celery and jalapeno, which gives it just a hint of heat.  Half-and-half to gives the soup its creamy indulgence while a squeeze of lemon or lime gives it just a touch of citrusy acidity and brightness. 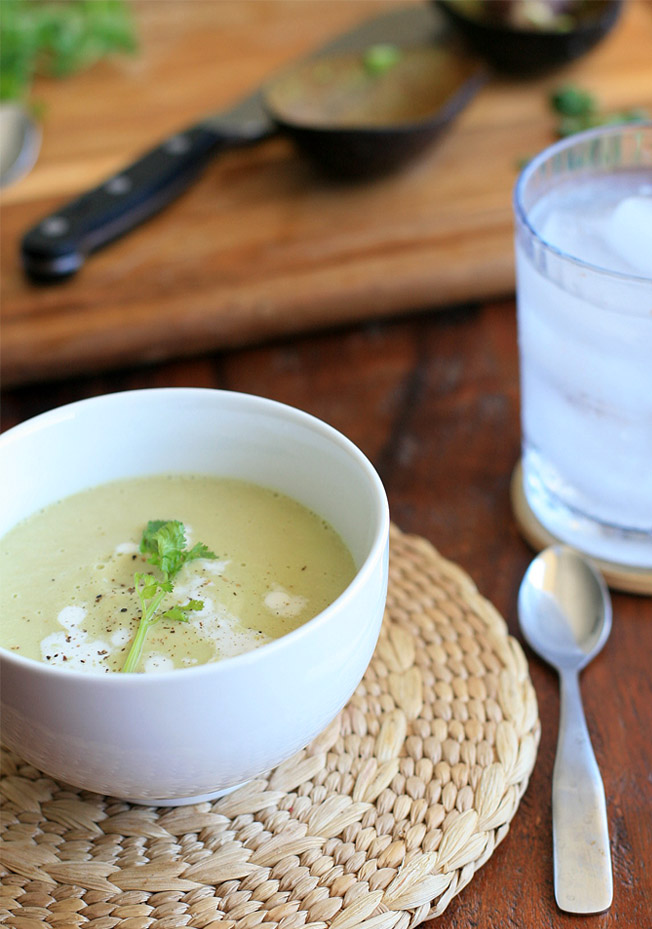 You can have it chilled or warm… just be careful not to heat the avocado too much because it’ll curdle.  Probably not the look or texture you’re after.  This would be a great, and unexpected, first course for a South American meal.  It’d also be super fun in shooter glasses as an amuse bouche. 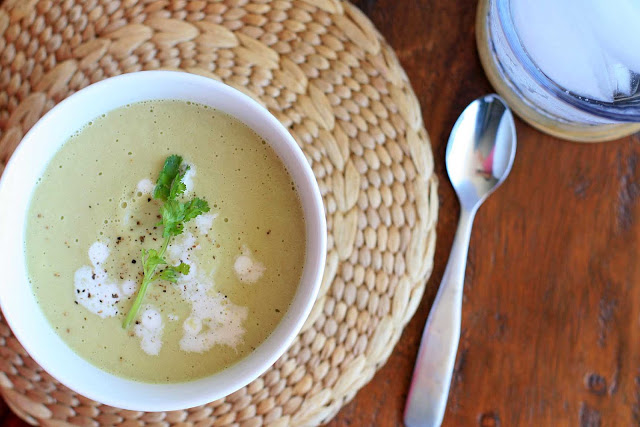 Combine the diced avocado and lemon juice in a small bowl. Toss together and set aside. In a saucepan, heat the olive oil over medium heat. Add the garlic, onion, celery and Jalapeno pepper and saute until softened but not browned. Add 2 cups of the broth and bring to a boil. Reduce heat and let simmer for 8-10 minutes. Remove from heat and let cool slightly.

Taste and add salt and pepper, if needed. Serve warm or place in the fridge for several hours until thoroughly chilled. Garnish with creme fraiche or sour cream and some fresh parsley or cilantro, if desired.