Valentine’s Day, that important day of the year is coming! A day when people recommit themselves to one another and express how much they really care for their significant other. So, it’s only natural to want to do something special. Like cooking your beloved a delicious meal of a full dinner. With that in mind, I’ve rounded up 3 Valentine’s Day recipes you can prepare on this special day. 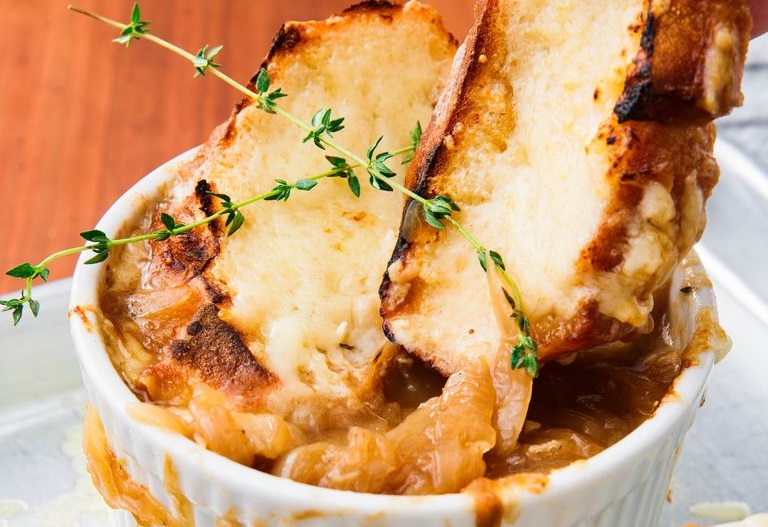 No matter what you serve, French Onion Soup is always a good starter that’s bubbly and delicious.

Step One: Melt butter over medium-high heat and then add onions. Cook until golden brown, all while stirring the onions occasionally. Once the onions are browned, add flour and cook an additional 60-seconds. Sprinkle the onion mixture with salt and pepper before adding the white wine. Allow the mixture to simmer until the white wine has evaporated. Add the beef and chicken stocks, the thyme, and bring the mixture to a boil. Once it’s reached a boil, reduce the heat to medium and gently simmer for approximately 15-minutes. Season to taste with salt and pepper and remove the thyme sprigs.

Step Two: Put your oven’s broiler on high. Place baguettes slices on a baking sheet and top each with two tablespoons of cheese. Place them under the broiler until the cheese is melted. Remove from broiler.

Step Three: Add soup to large mugs or bowls. When that’s done, add a baguette slice on top of it. Now it’s ready to be served. 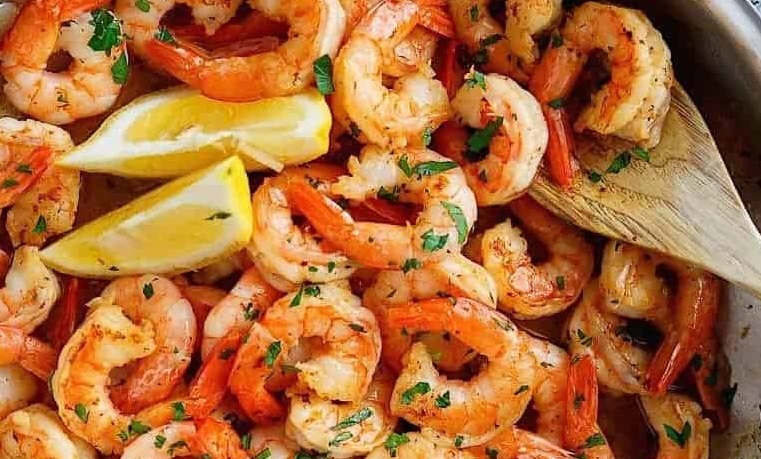 Step One: Melt 2 tablespoons of butter over medium-high heat in a large skillet. Add in the garlic and cook for about 60-seconds or until fragrant. Do not burn the garlic!

Step Three: Add in the butter, water, and lemon juice. Cook the mixture, all while stirring occasionally until the butter has completely melted and the shrimp is cooked. Do not overcook the shrimp. Add salt and pepper as needed before serving.

Beef Tenderloin With A Mushroom Gravy 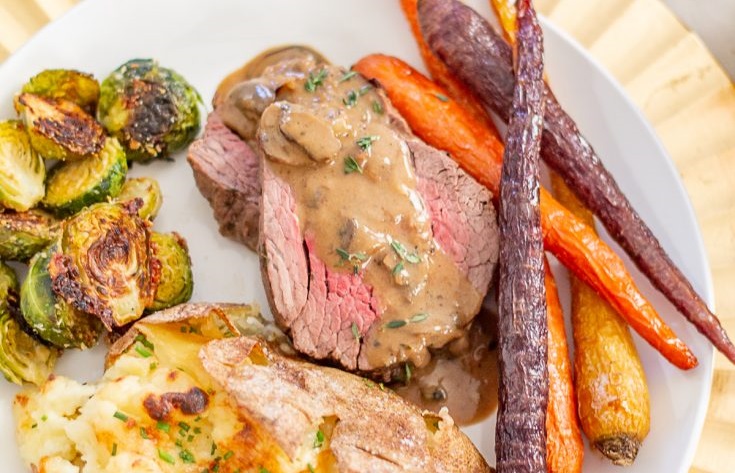 Step One: Heat your oven to 375-degrees Fahrenheit. While the oven is heating, begin melting 1 tablespoon of butter in a dutch oven over medium heat. Season with ½ teaspoon of salt and ¼ teaspoon of black pepper. Cook the fresh mushrooms in the butter for 4-minutes, stirring occasionally. Now add the shallots and 1/4-cup of sherry. Cook for an additional 4-minutes or until the liquid has been absorbed and the mushrooms are slightly browned.

Step Two: Remove the mixture from the dutch oven into a separate glass bowl and then clean out the dutch oven. In a separate bowl, combine the remainder of the butter, pepper, and salt. Add in the garlic and thyme. Evenly spread this butter mixture over the meat.

Step Three: Heat the dutch oven over high heat. Once it’s hot add the beef tenderloin. Cook each side of the beef, as well as the ends of the beef, for about 2-minutes on each side. When the tenderloin is browned, add in 1-1/2 cups of beef broth, and return the mushrooms and shallots to the dutch oven.

Step Four: Insert a digital in-oven thermometer into the meat, place a lid on the dutch oven, and then place it into the oven. Cook for 30-minutes. For rare beef tenderloin, cook until it reaches 110-degrees. For medium-rare, cook until 120-degrees, and for medium, cook it to 130-degrees. Once done, remove the tenderloin and wrap it in aluminum foil. Set it aside.

Step Five: Heat the pan drippings in the dutch oven over medium heat. Whisk some flour and cream together and then place it into the pan drippings. Add the remaining sherry. Bring the mixture to a steady simmer and reduce for approximately 4-minutes. Salt and pepper to taste.

Step Six: Unwrap the tenderloin, slice it into thick slices and then serve it with the mushroom gravy. Garnish it with any thyme that may be remaining. 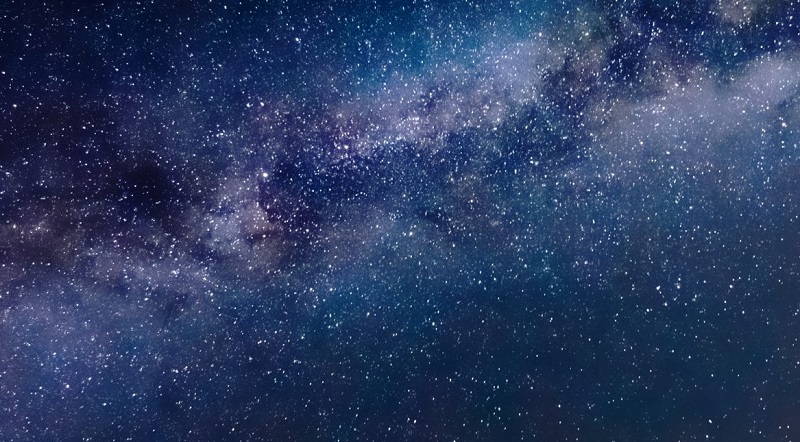 Don’t forget to give your significant other something nice to go along with their meal. I came across a gift idea that I thought was pretty neat. That idea is DedicatedStars.com. A place where you can name an actual star after a loved one, have that registered, and a certificate issued so that you can hand it over after that delicious dinner.