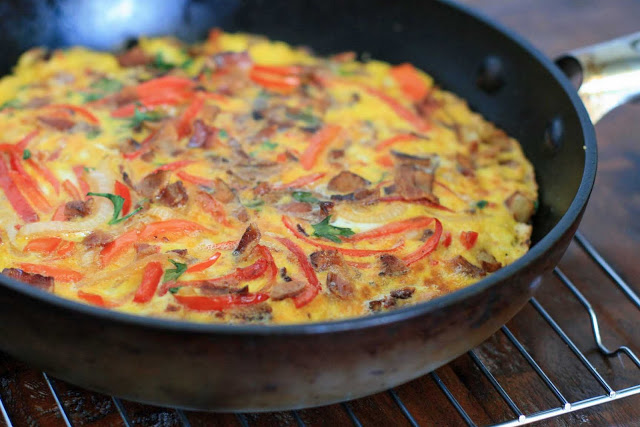 Although smoothies are my go-to breakfast on the weekdays I have been known to make what I call an epic breakfast or brunch on weekends.  There are three requirements I have for the meal to garner an epic rating.  The first requirement is an egg dish- I usually make a scramble.  The second requirement is some sort of breakfast meat, like sausage or bacon.  And the third requirement is a potato dish, like home fries or hash browns.

So I was pretty much guaranteed to like this tortilla, or open-faced omelet, which knocked off all my epic requirements in a single dish. 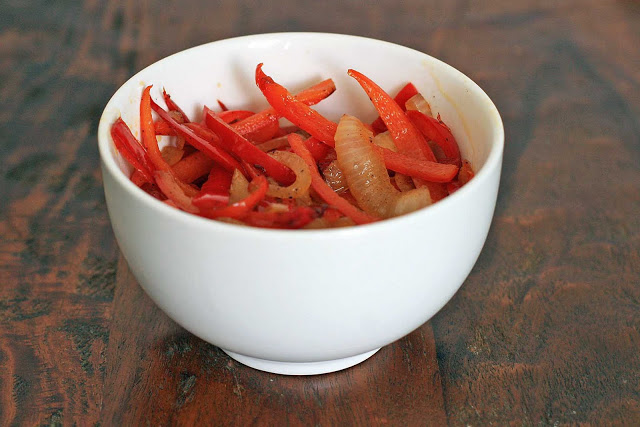 Combining the eggs, meat and potatoes into one dish doesn’t necessarily make things any quicker or easier, but it does ensure that everything is all hot and ready at the same time.  In addition, you’re sure to have any leftovers in the perfect combination.  Great as a one-dish meal, or would be a pretty addition to brunch. 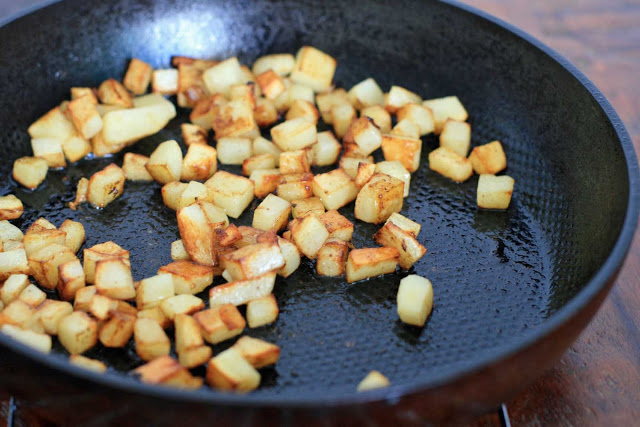 Heat 2 Tablespoons oil in a large ovenproof skillet over medium-high heat.  Add the red pepper strips and onion and saute until tender.  Remove and set aside.  Add the remaining 2 Tablespoons of oil and the potato cubes and cook until browned and crispy.

Preheat the broiler.  Evenly distribute the potatoes around the skillet, adding extra oil, if necessary, to coat the skillet.  Add the eggs and peppers and cook without stirring until the bottom begins to brown, about three minutes.  Cover and cook an additional three minutes… the top of the eggs may not be set at this point.  Remove from heat and sprinkle the crumbled bacon across the surface.  Place under the broiler for several minutes, until the top of the tortilla is set and is beginning to brown.  Remove from under broiler and sprinkle with parsley.

Cut into wedges and serve.

Serves two to three as a one-course breakfast, or four to six as a brunch item with other sides.

What Mixes Well With Remy Martin?