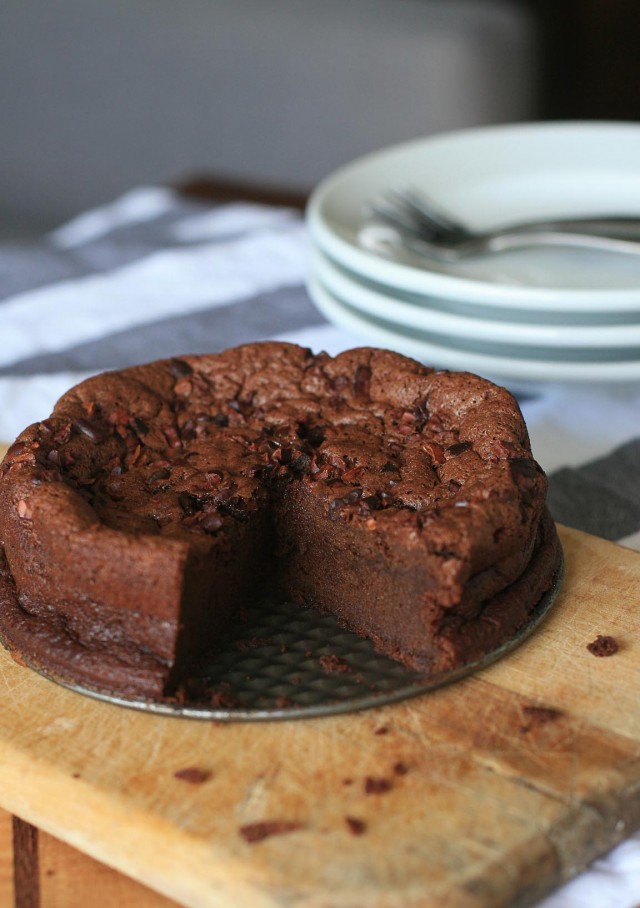 Dessert may just be the easiest part of eating out at restaurants.  There’s almost always a gluten-free ice cream or sorbet on the menu, occasionally crème brûlée, and, if I’m really lucky, a flourless chocolate cake.

I’m not one to complain about desserts being too rich or too dense, but it was certainly a nice surprise when this flourless chocolate cake baked up much lighter than the typical flourless cake… the whipped egg whites helped create a cake with an almost mousse-like texture. 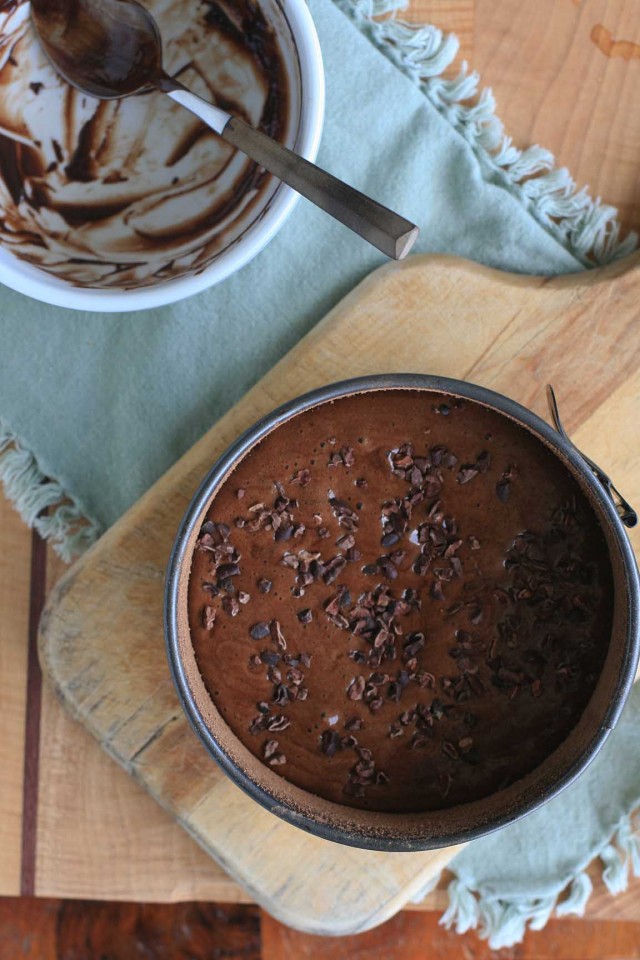 The recipe is from the Parisian restaurant Racines via David Lebovitz (David tells the story about how he found the recipe on the restaurant’s bathroom wall).

And may I state the obvious here?  She’s not much of a looker, this one.  Dark and craggly with a slightly sunken center and a scattering of intense cocoa nibs, you’ll want to serve it to folks who value taste over looks.

Since the original recipe was intended for 10-12 servings, I halved the original recipe to help avoid excessive amounts of tempting leftovers.  Feel free to double it back up to the standard size and bake it in a 9-inch Springform pan.  Just know that you’ll have to let the cake cook slightly longer. 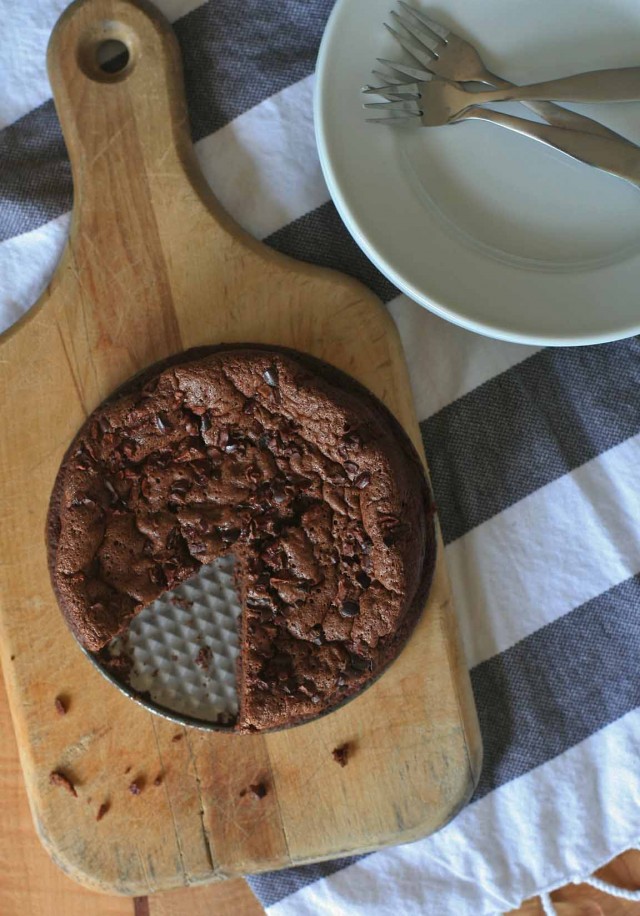 David states that he prefers the cake the day it’s made, but I liked it well chilled after an overnight stay in the fridge.

Preheat oven to 350 degrees and butter the bottom and sides of a 6-inch springform pan. Dust with cocoa powder and then tap out any excess.

Place the chocolate chips, butter and espresso in a small bowl and microwave for 45 seconds. Stir until melted and smooth (if necessary, return the mixture to the microwave for 15-20 second intervals to melt the chocolate). Add the vanilla extract and stir to mix.

In a large bowl, using the same mixer beaters, beat the egg yolks on medium speed with the remaining 2 Tablespoons of sugar until the mixture is light and creamy.

Pour the batter into the prepared pan and sprinkle with the cocoa nibs. Bake until the center is barely set, approximately 15-20 minutes. Remove from oven, place on a wire cooling rack, and cool completely.

Remove the sides of the springform pan. Serve with a dollop of whipped cream, if desired.