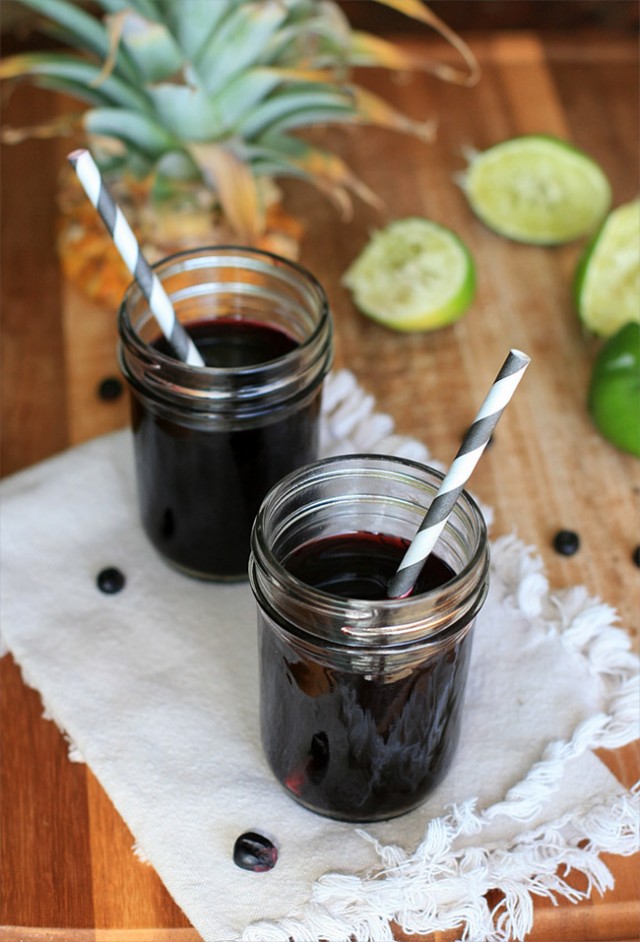 Had I seen these gorgeous purple corn husks outside of a Latin American grocery, I would have guessed that they were purely ornamental, much like the ones that emerge as decorations every fall in picturesque places like New England (I’ve never seen anybody attempt fall decorations beyond a pumpkin or mum plant out here in Hawaii). 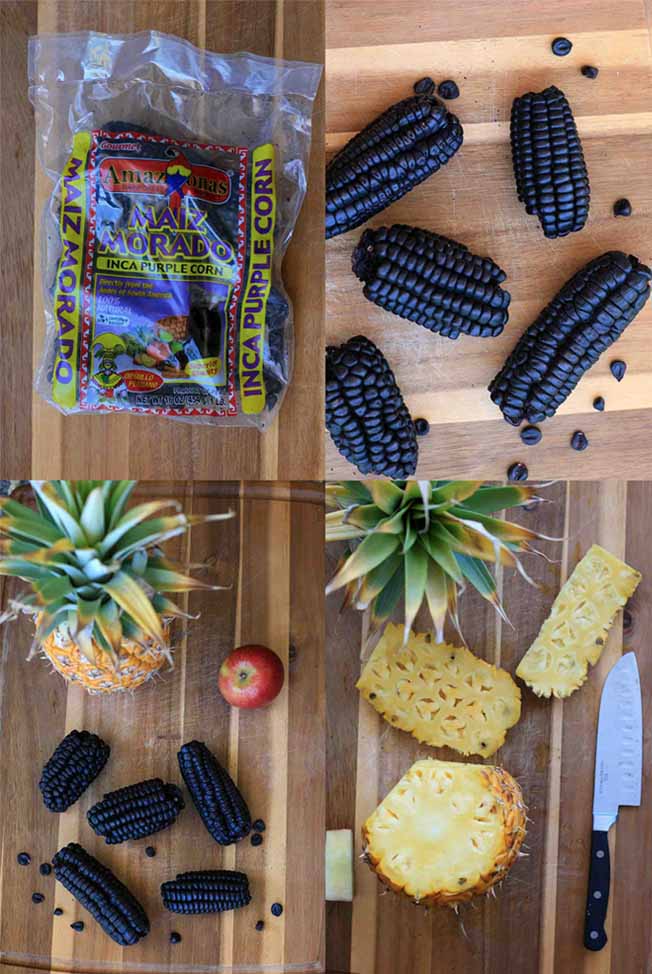 I definitely wouldn’t have thought to simmer them with pineapple rind, apple, cinnamon and cloves to create a lovely, fruity, dark-hued spiced corn beverage that’s sweetened with a bit of sugar and brightened with the juice of a couple limes.  Corn has never really strike me as a beverage ingredient, unless we’re talking about corn syrup… and well, let’s not go there. 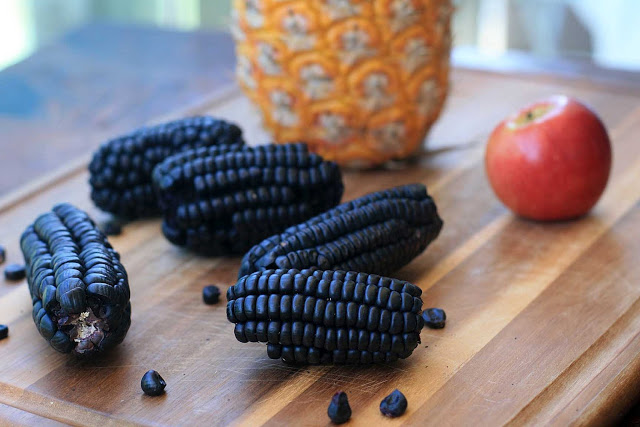 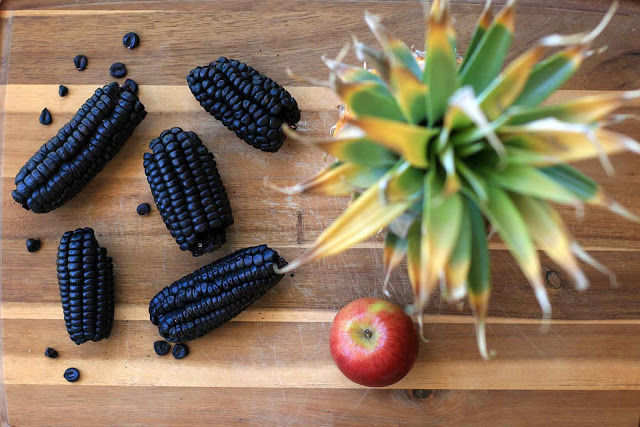 But South Americans have all sorts of variations of corn-based drinks, although this purple version seems to be unique to Peru.  It’s so popular that they even make little packets of just-add-water powdered chicha morada that are widely available in Latin American grocery stores.  I’ve never tasted any of them, but I can’t imagine it could come close to the homemade stuff. 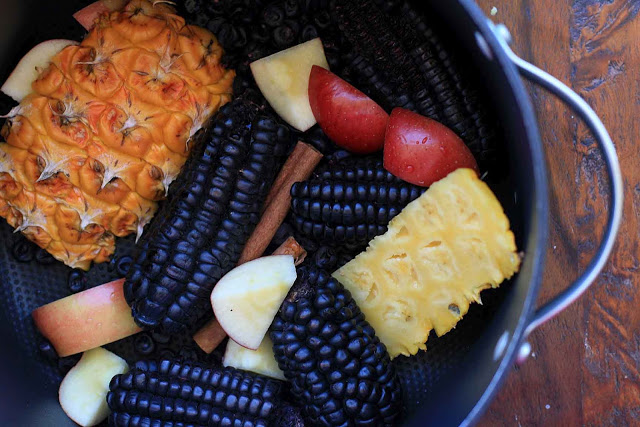 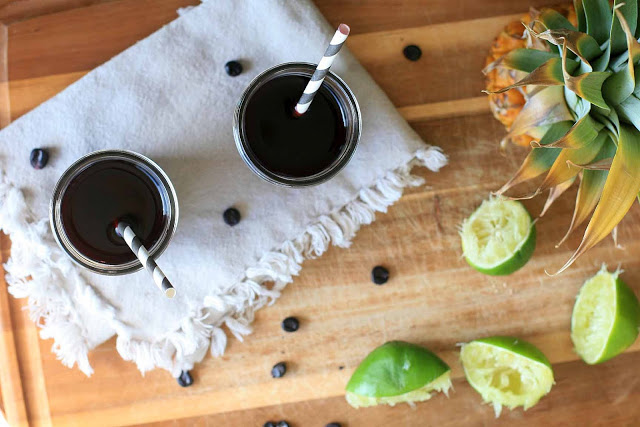 Combine the corn, pineapple rind, apple, cinnamon sticks, cloves and water in a very large stock pot. Bring to a boil and then reduce heat, cover and simmer for about an hour. Remove lid and let simmer for an additional 30 minutes to allow some of the water to evaporate and the flavors to concentrate.

Remove from heat and let cool to room temperature. Strain into a large pitcher and add sugar and lime. Taste and add extra sugar or lime, if desired.

Cool in the refrigerator before serving.