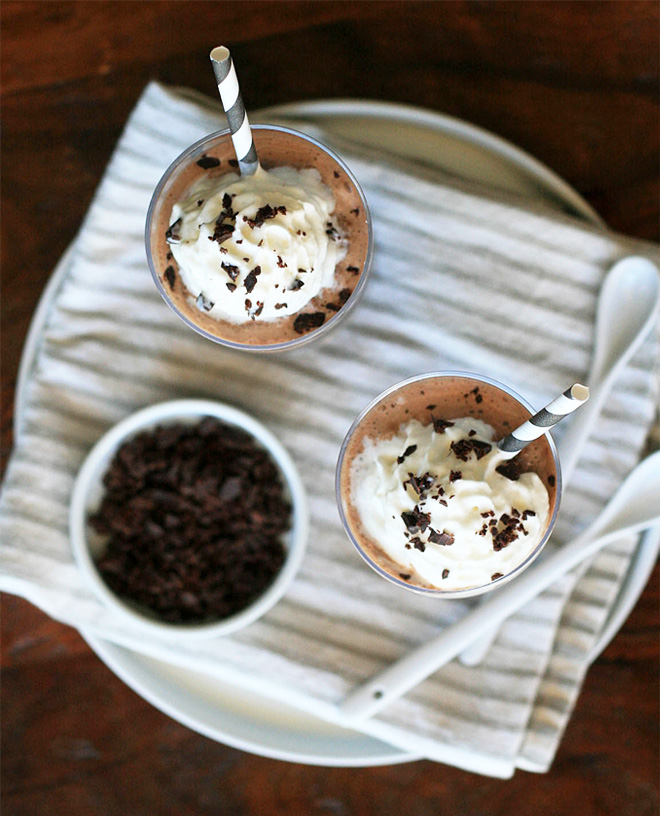 As I mentioned earlier this week, I’ve got ice cream and other frozen treats on the brain.  The temperatures have been rising around here and since I’m fundamentally anti-air conditioning, I have to resort to other methods to stay cool.

And when I can’t get to the beach or pool, frozen desserts are my favorite way to beat the heat.  I was perusing this Ice Cream and Frozen Desserts cookbook last week and the Frozen Hot Chocolate recipe caught my eye. 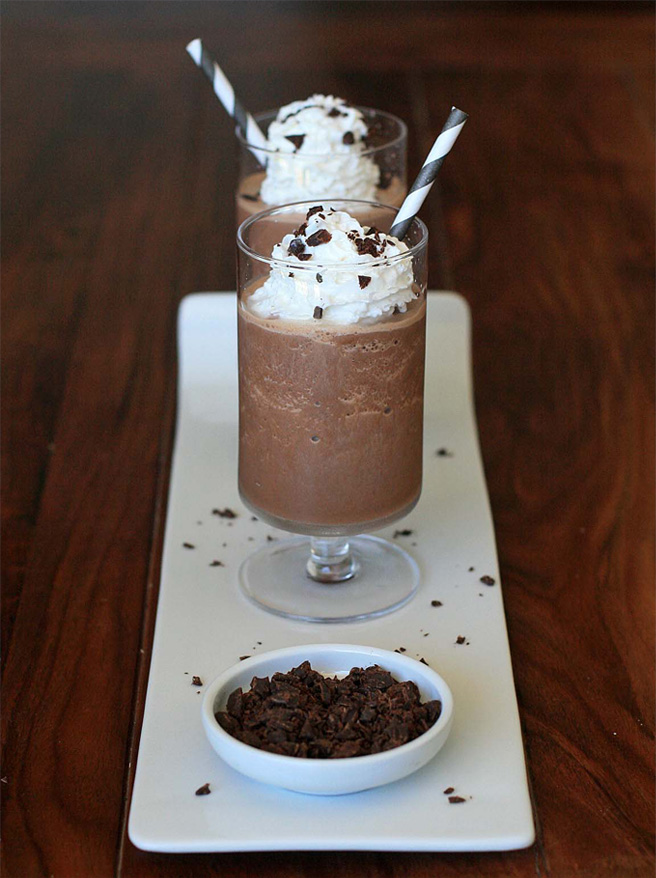 Unfortunately, the recipe relied on an ice cream maker.  I have one, but I preferred a recipe that everybody with a blender would be able to quickly whip up.  I decided to see whether the legendary New York institution, Serendipity, which is famous for their frozen hot chocolate, ever released their recipe.  One quick Google search later, I found my answer: yes! 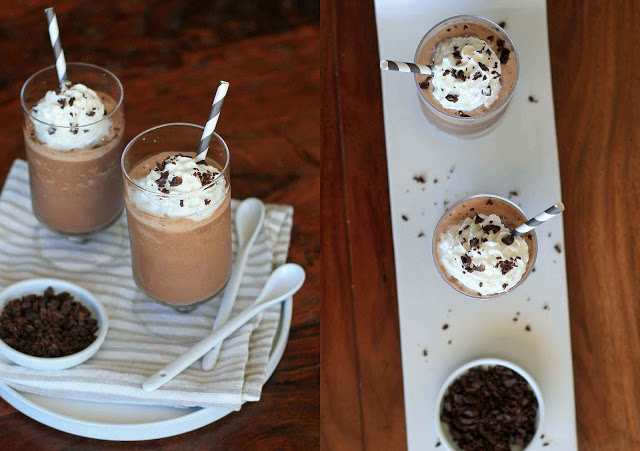 I’ve started tweaking the recipe to avoid the use of pre-packaged hot chocolate mixes, but then made a bunch of other ratio changes as well.  I’ve never had the Serendipity drink before (although their recipe surprisingly gets very mixed reviews), but this version sure hit the spot.

And like homemade blended coffee drinks, this has a tendency to separate a bit.  It doesn’t bother me (plus I drank it quickly enough to mostly avoid the problem!), but you can always use Starbuck’s secret trick of adding a pinch of xanthan or guar gum to keep things nice and stabilized.  If calories are no object, adding a scoop of store-bought ice cream, which will likely have some xanthan and/or guar gum already in it, will also up the creaminess factor. 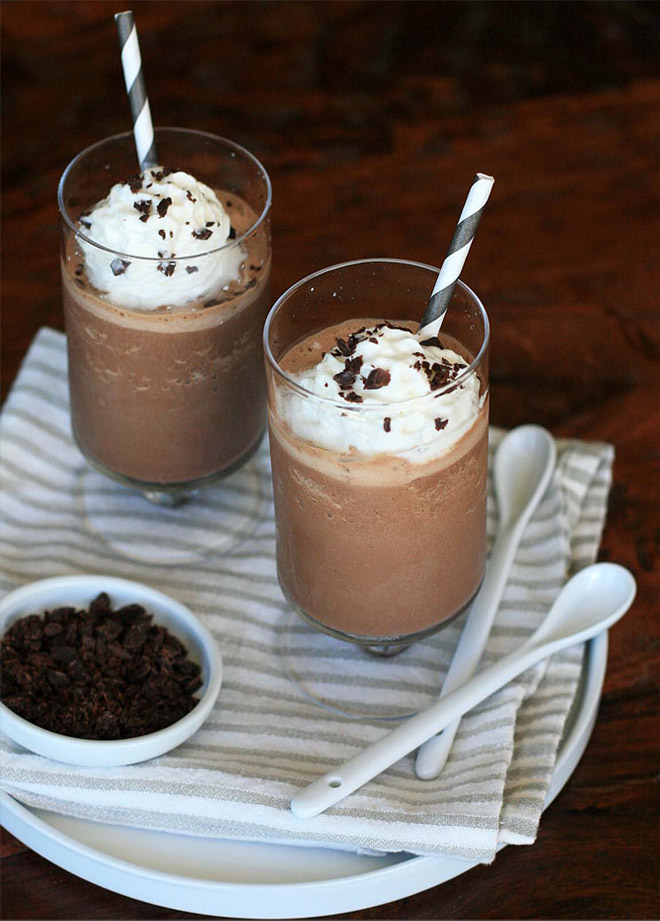 Place the chocolate chips in a large, microwave-safe bowl. Microwave the chocolate for one minute at 50% power. Stir. If necessary, continue heating in 30-second increments until chocolate is nearly melted (residual heat will melt any remaining chocolate solids).

Pour the chocolate mixture into the base of a blender. Add the ice and a pinch of xanthan gum, if using. Process until smooth. Pour into four to six individual glasses and top with whipped cream and chocolate shavings.

Note: I used my Vita-mix, which has a very large base/container. If you have a blender with a somewhat small base/blender container you may have to process the frozen hot chocolate in two batches.