So, I pretty much never ever do these kinds of posts, because I worry that it would come across like I’m just trying to make a couple bucks from Affiliate links.  But this time I’m making an exception because,  really, it’s more like a Public Service Announcement. 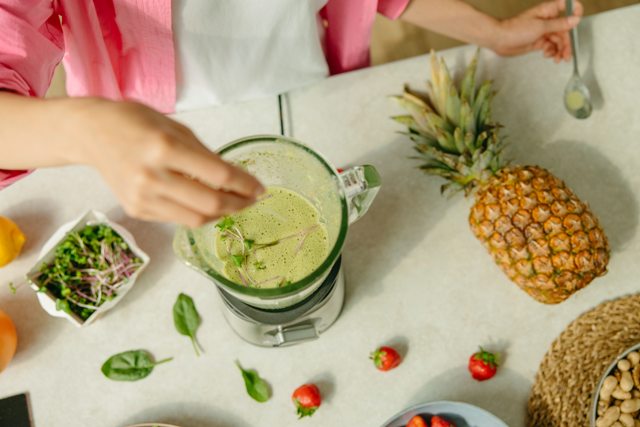 I first heard about high-speed blenders soon after I was diagnosed with Celiac disease.  I was looking at getting a grain mill for making my own gluten-free flours and was researching different models.  Then in some online forum I saw a recommendation to buy a high-speed blender instead of a grain mill because it wasn’t a single purpose appliance.  In addition to grinding flour, it could be used to make soups, smoothies, nut butters, ice cream, etc.  as well.   Within the hour I was pretty much obsessed with the idea of getting one.  I didn’t want to plop down $400-$500 for a blender, so I stalked Craigslist and finally became a proud owner of a used model several months later.

It’s an expensive appliance, but so, so worth it.  Five+ years later and I still use it pretty much every day for green smoothies, shakes or soup (or homemade Nutella!).  I’ve bought a couple high speed blenders to give away as gifts and several friends have, after seeing what mine could do, bought one for themselves (although those Will it Blend videos may have also influenced them 🙂.

I wanted to give you a heads up that Blendtec (one of the two most popular brands of high-speed blenders… the other is Vitamix) is having a crazy good sale right now.  They’re new and they come with a 2 year warranty.   If you’ve been wanting to buy one, now’s the time.

A well-deserved reward for sticking to your New Year’s get healthy resolution?  Or a nudge to get you back on track?  If you use the links I provided I’ll get a small commission from any purchase you make (at no extra cost to you), but if you prefer, you can also get the same exact deal if you went straight to the Blendtec site.