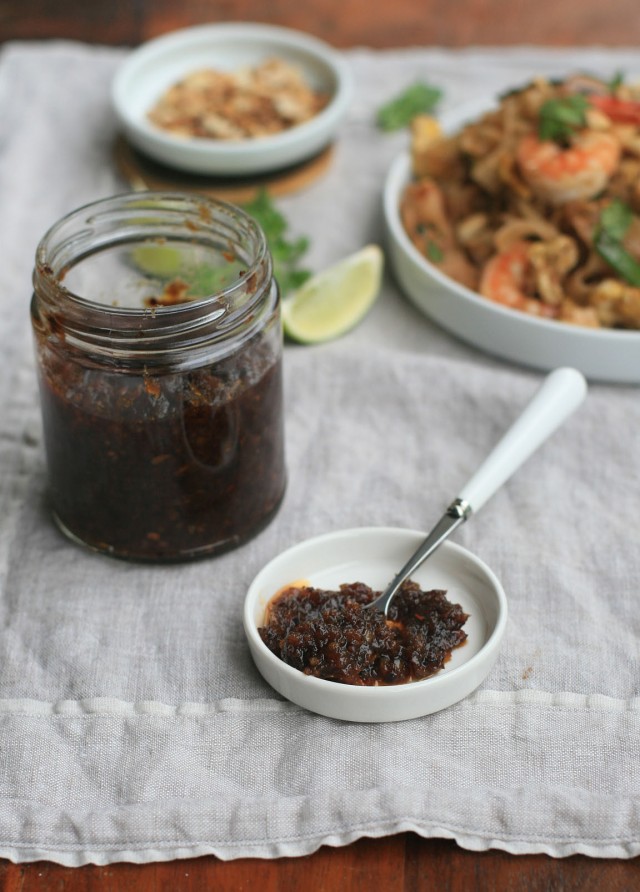 For those of you who have already tried nam prik pow, I certainly don’t need to sell you on its virtues…  you’re likely already a huge fan of the stuff.  But for those of you who maybe aren’t that familiar with Thai cuisine and haven’t ventured beyond Pad Thai and Thai iced tea?  Well, I’m not sure any words can really convey the magic of nam prik pow.

I’ll just say this: this stuff is pure, jammy gold.  It’s rich, savory, sweet, and tart with a bit of heat.  If I were to try to sell it to an American audience, I would say it’s like a Southeast Asian version of spicy bacon jam.  I initially made it because it’s one of the main ingredients of Tom Kha Gai, the popular chicken and galangal soup, but I’ve found that I’ve been putting it in and on just about everything.  A dollop in my fried rice, a spoonful on my spicy Thai noodles, and even a slather on some plain crackers.  I ran out of my first batch within about a week and immediately made another double batch.  Next time it might be a quadruple. 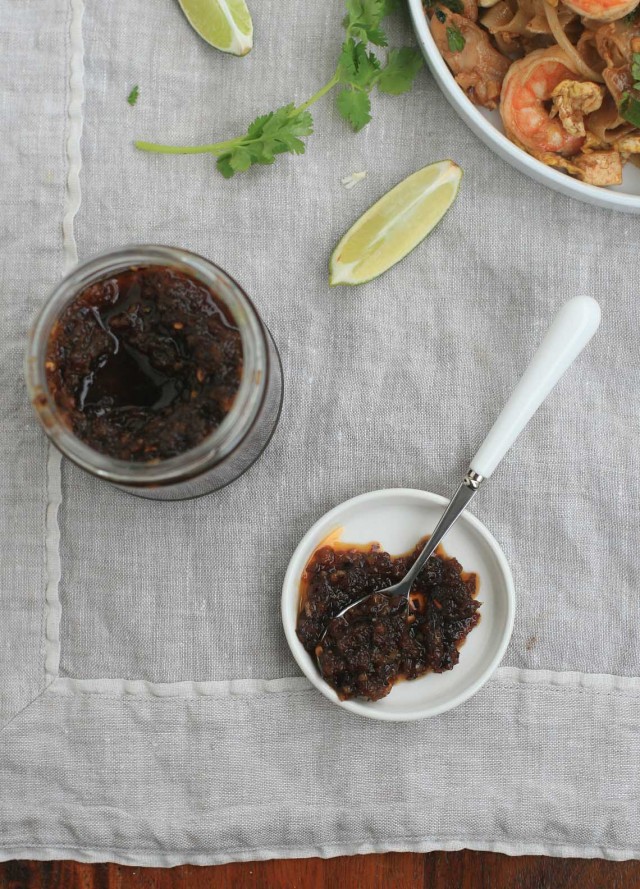 Place the dried shrimp in a very small bowl and cover with water. Let sit for at least five minutes and then drain and pat dry using a paper towel. Set aside.

In a mini processor or a mortar and pestle, process the mixture and the ginger until nearly smooth; if you use a mini processor, you’ll have to stop the machine periodically to scrape down the sides. You can add some of the cooking oil or the fish sauce, if necessary, to get the mixture smooth. Combine the mixture with all of the remaining ingredients in a small saucepan. Bring to a boil and then boil the mixture for 1 minute. Remove from heat, let cool, bottle and refrigerate. The jam should keep a couple months in the fridge.