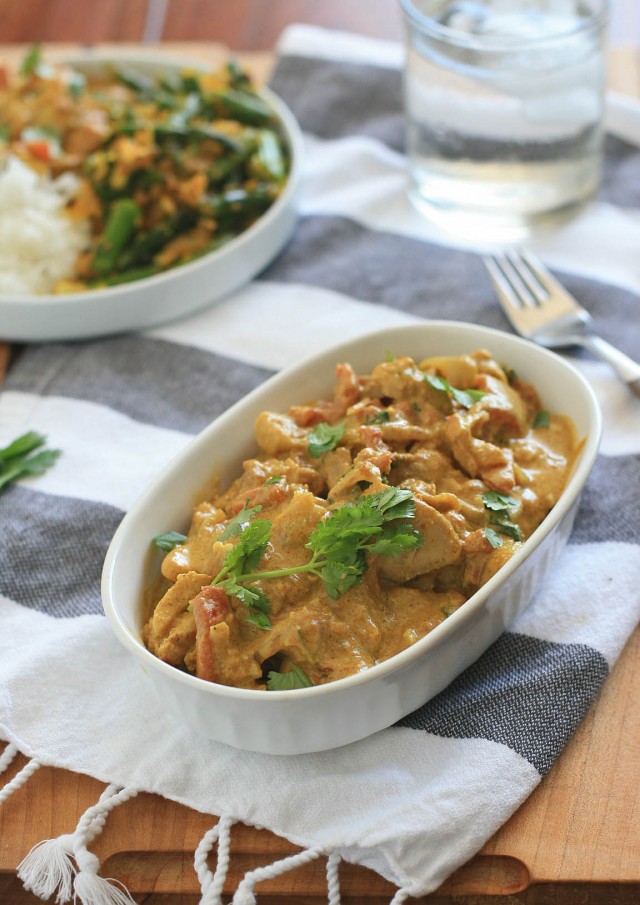 For somebody who loves Indian cuisine as much as I do, I’m not quite sure how I’d gone so long without trying butter chicken, one of the most popular Indian recipes outside of India.

But now that I’ve tasted it, I can definitely understand it’s popularity.   After all, who can resist  chicken when it’s swimming in a luscious sauce made from butter, yogurt, heavy cream and Indian spices? 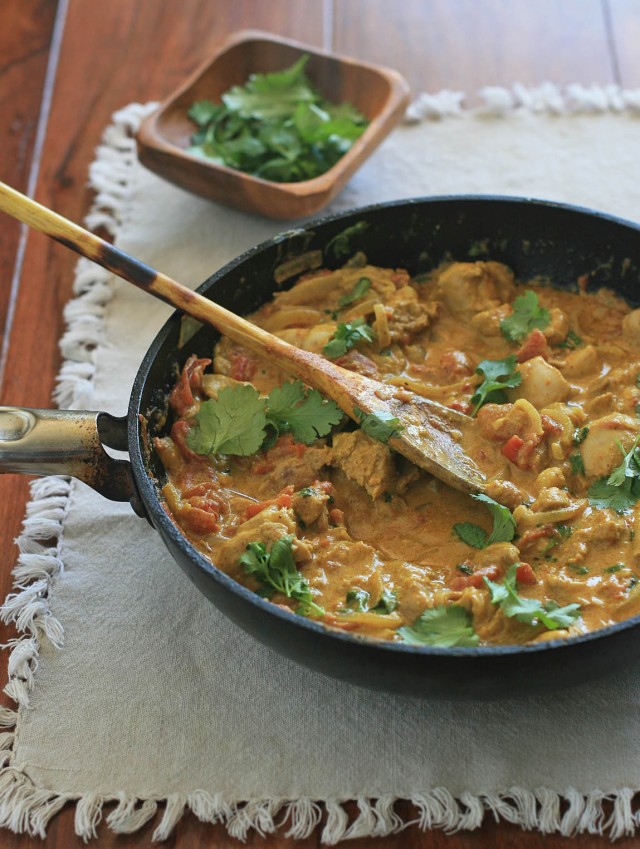 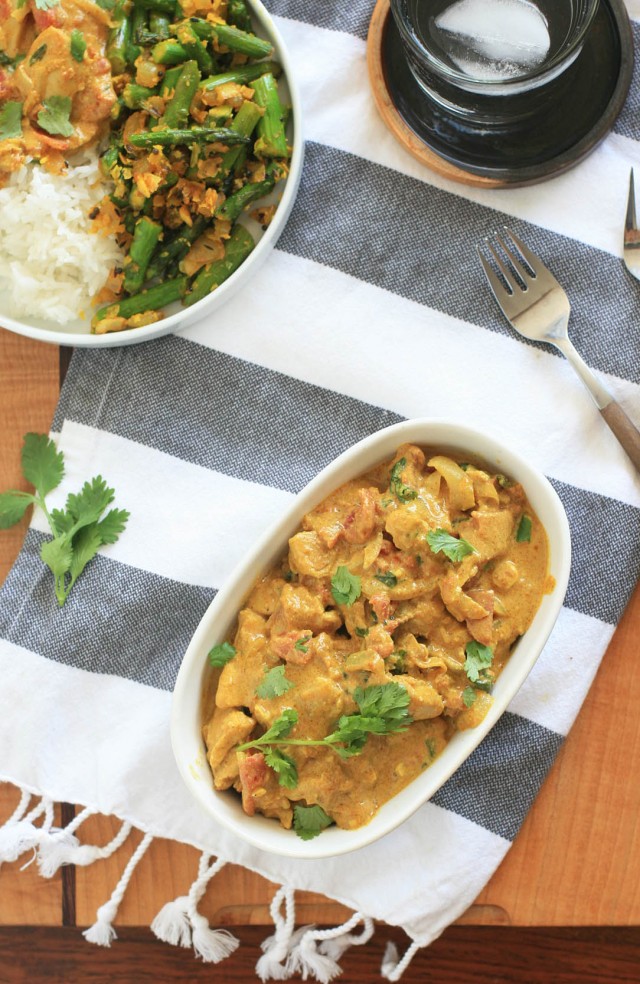 The hardest part about this recipe is rounding up and measuring out all of the different spices.  Otherwise, you’re just a quick saute and simmer away from a pretty great meal.

It probably goes without saying that you’re going to want something to sop up all that sauce goodness: rice or some naan would be perfect. 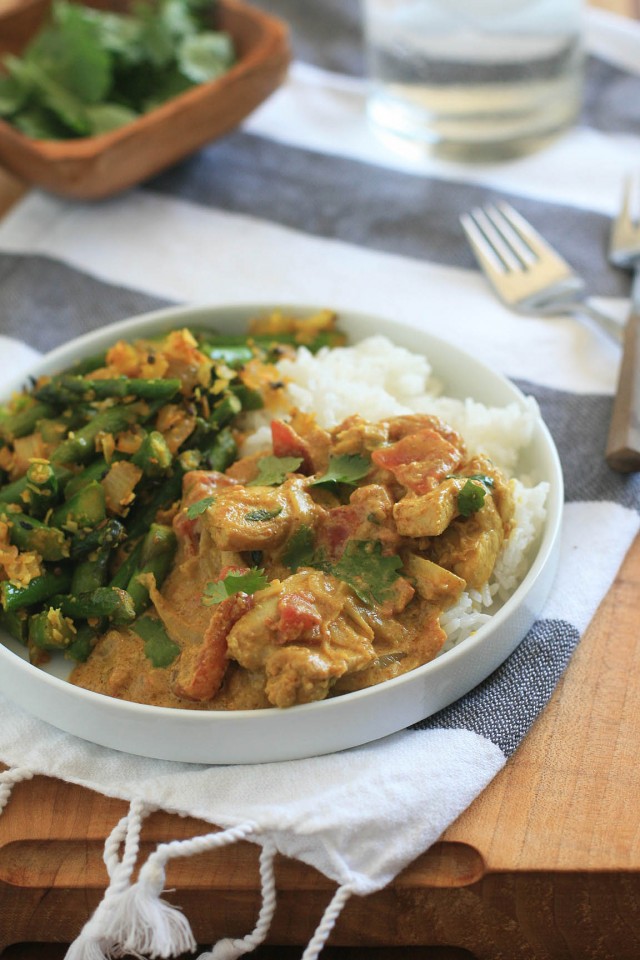 In a large bowl combine the yogurt, ground almonds, cayenne, coriander, cumin, turmeric, garam masala, bay leaves, cloves, cinnamon, cardamom, tomatoes, and salt and stir to mix. Add the chicken to the yogurt mixture, stir to coat, and set aside.

Heat the butter and oil in a very large skillet over medium-high heat. Add the onions and cook until softened. Add the garlic and ginger and cook, stirring frequently, until the mixture begins to turn golden. Add the chicken and all of the yogurt marinade and simmer for approximately 10 minutes, or until the chicken has cooked through.

Add the heavy cream and half of the cilantro and stir well. Cook for another minute or two. Sprinkle with the remaining cilantro and serve.

Plumbing Considerations When Renovating The Kitchen