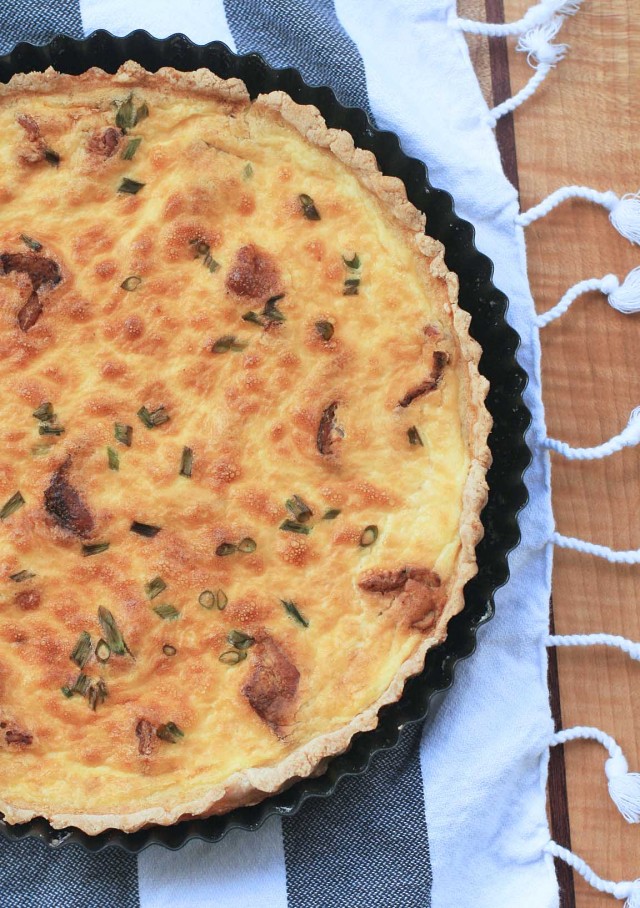 I’ve noticed over the past year and a half that I tend to shy away from trying and posting recipes from the revered masters, which means you won’t find many of Diana Kennedy, Marcella Hazan or Julia Child’s recipes on Girl Cooks World.

Partially because most of their recipes have been blogged to death already and partially because I’m drawn to modern cooks who put a fresh spin on the classics.  But for every rule there’s at least one exception or two.  And the exception for France is this quiche, Julia Child’s Quiche Lorraine. 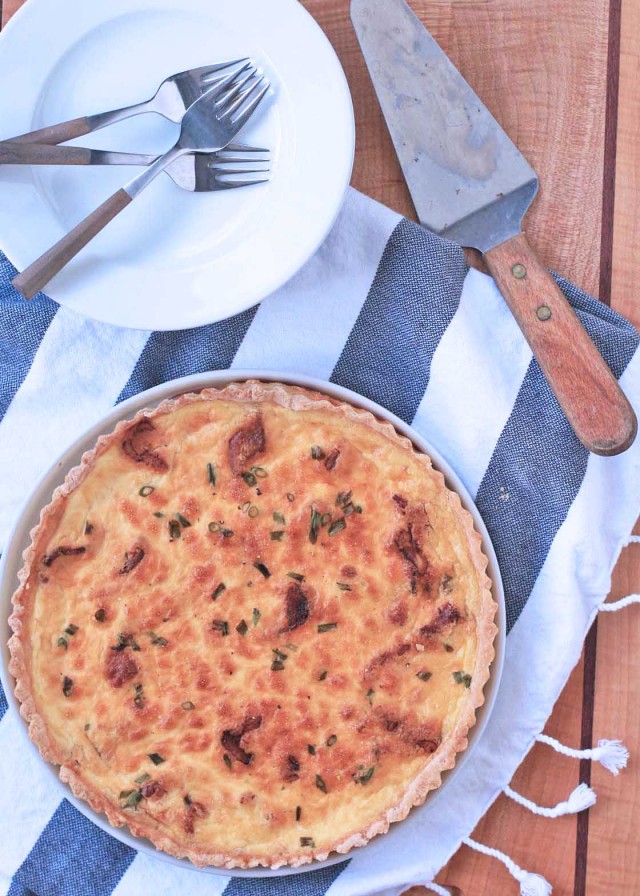 My first taste of a Julia Child quiche?  At a Mother’s Day brunch that my sister hosted.  She’d made at least six quiches as a part of a much much larger spread.  Oh, and did I mention that this was the day after her wedding?!?  Yes, totally impressive.

I can’t remember what else was served that May morning, but I do remember wanting to take an entire quiche and put it aside so I could eat the whole thing myself after everybody left.  The only thing that stopped me?  I couldn’t decide between the lobster quiche and the sausage quiche. 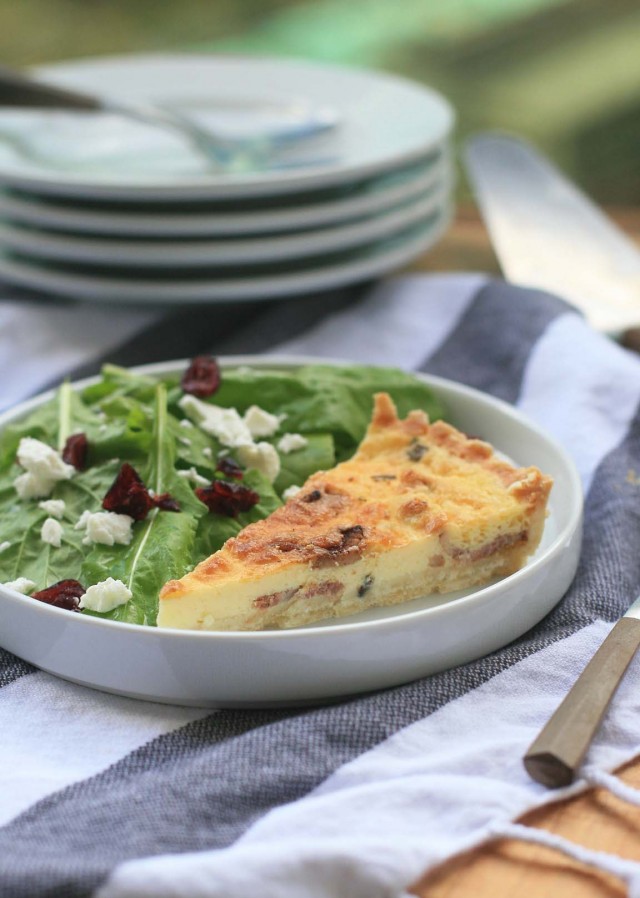 So this is a recipe that even I refuse to tweak or modernize.  Of course these days the crust has to be gluten-free, but I never stray from Julia’s original filling, which is extremely simple and completely unapologetic in its use of heavy cream.  Heavy cream, eggs, bacon, salt and pepper.   Done.  Unless you want to get really wild and sprinkle on some fresh herbs.

Around here one innocent quiche always inspires  a sort of quiche-making frenzy, in which excessive amounts of butter and heavy cream are used.  And so it goes for several weeks until I reach a  breaking point:  it’s either new clothes (or elastic waistbands!) or cut back on the quiche.  So far I’ve always chosen the latter, but it’s never an easy decision. 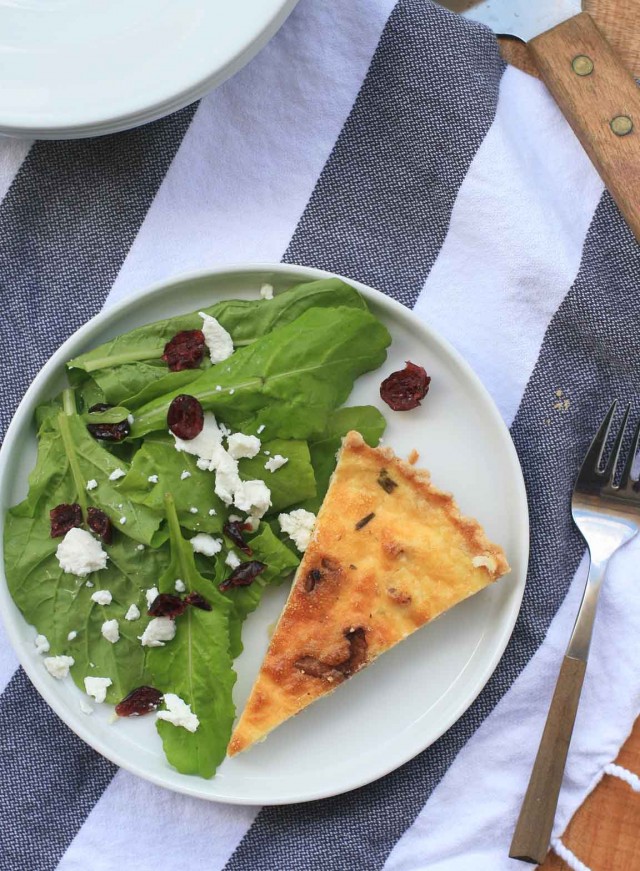 Preheat oven to 375 degrees and spray a 9 or 10-inch tart pan with cooking spray and dust generously with rice flour.

In a large bowl combine the millet flour, rice flour, potato starch, sweet rice flour, tapioca starch, sugar, xanthan gum and salt. Add the butter and use a pastry cutter to cut the butter in. Add the egg and lemon juice and mix until the mixture comes together in a ball. Use the heel of your hand to quickly knead the dough to ensure even blending. Do not overwork the dough; you do not want to melt the butter.

In a large skillet fry the bacon until nearly crisp. Drain on a plate lined with paper towels and reserve the bacon grease for another use.

In a medium bowl beat the eggs, cream and salt. Pour into the partially baked crust and crumble the cooked bacon into the filling. Sprinkle with black pepper and some green onion, if using.

Set in the upper third of the oven and bake for approximately 25 minutes, or until the quiche has puffed and browned. Remove from oven. Serve warm or at room temperature.