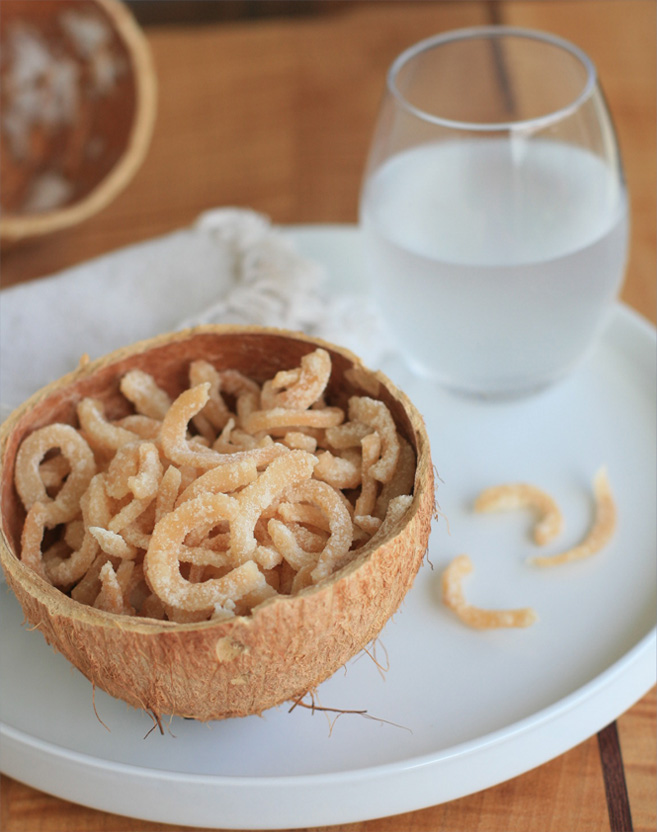 If you’re a longtime reader then you already know I love all things coconut: coconut meat, coconut juice, coconut milk, coconut oil, etc.  But even with the widespread availability of fresh coconuts in Honolulu, I’ve shied away from purchasing them.  The idea of opening one (and the idea of buying and/or using a machete!) has always intimidated me. 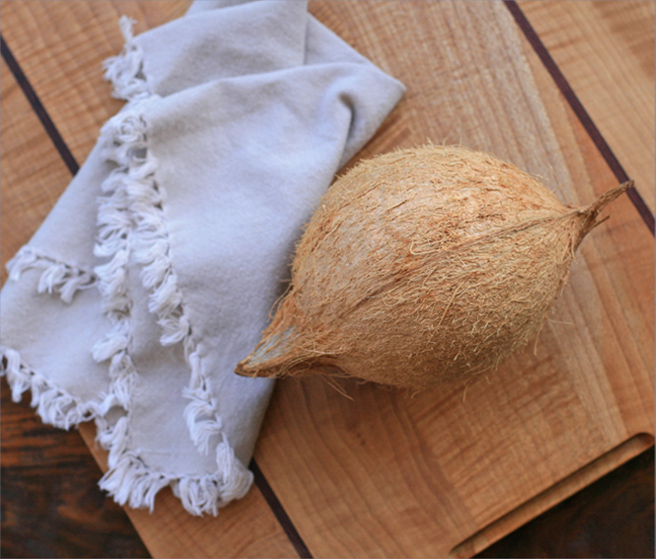 So I was pretty thrilled when I saw instructions for easily opening a coconut in Andrea Nguyen’s cookbooks.  Make a couple holes in a coconut using a Philips screwdriver, drain out the coconut water and pop it in the oven.  If you’re lucky the coconut will open on it’s own.  Otherwise you’ll use a hammer to tap it around the perimeter until it finally cracks open. 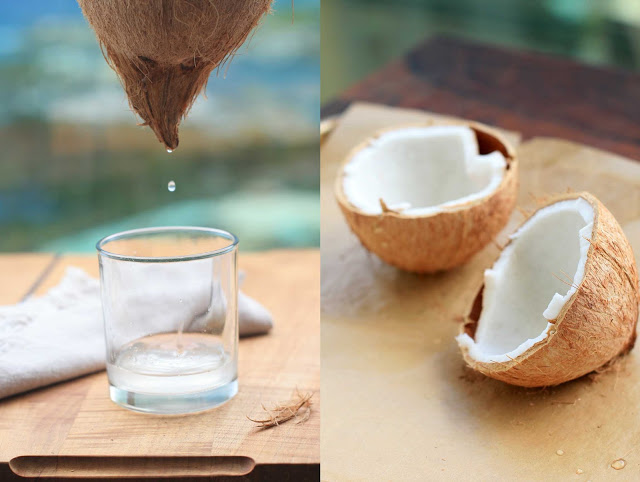 If you’ve really got a tough nut to crack you can always use Nancie McDermott’s trick: wrap it up in a beach or other heavy towel, bring it outside to a flat hard surface and give it a couple good blows with a hammer until it cracks open.

Once the coconut is open, making the candied coconut ribbons, a traditional lunar new year treat, is a snap.  Pry away the rich coconut meat, cut it into strips and cook the strips in a sugar syrup until candy coated.  Yes, these do take a bit of time, but they’re exponentially better than store bought.  To truly make it worth my while?  Next time I’m making a double batch… 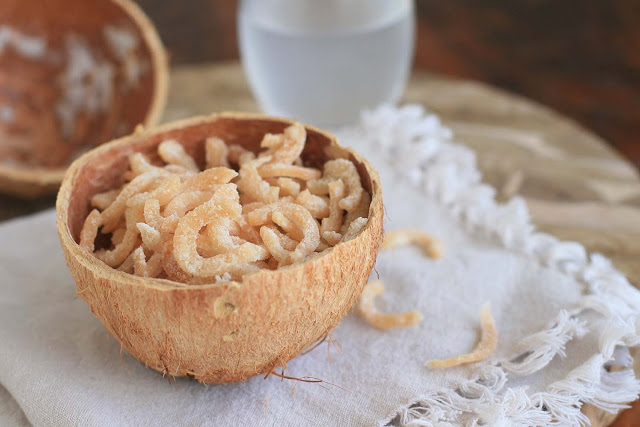 Preheat oven to 400 degrees. If you’re able to locate the eyes on the top of the coconut, use a hammer and a large nail or a Philips screwdriver to pierce holes in 2 of the eyes (if you’re unsure where the eyes are, just pierce two holes anywhere). Pour out the liquid and reserve for another use.

Place the coconut on a baking sheet and place in the preheated oven to loosen the coconut meat from the shell. Bake for about 20 minutes. Remove from oven and let cool slightly. If the coconut did not break apart in the oven, hold it with a dish towel and tap it with a hammer firmly around its circumference until it has broken apart.

Use a dinner knife the separate the meat from the shell. Discard the coconut shell or clean it out to use as a bowl for the finished candy.

Use a vegetable peeler to shave off any brown marring the white coconut meat. Rinse the coconut meat under cold water and slice into think ribbons, about 1/4 inch wide.

Combine the sugar, water and salt in a medium, heavy-bottomed saucepan over medium-high heat. Stir until the sugar melts and then add the coconut ribbons. Lower the heat to maintain a low simmer and cook, stirring frequently, to evenly coat the ribbons.

When the syrup is very thick, lower the heat further. The ribbons will become stiff and white. The ribbons are done when the syrup has turned into powdery sugar. Remove from heat at this point or keep on the heat a little longer if you’d the coconut ribbons a rich, golden color.

Transfer to a platter to cool slightly.

Serve warm or cool completely and store in an airtight container. 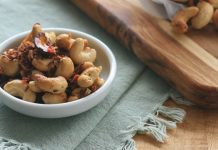 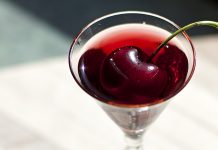