There’s probably a few of you around here now privy to the fact that i love me an old-fashioned dessert. and i love me a steamed pudding. but there’s a little something else i’ve been playing around with as of late, and that’s steamed bread. if it was up to me, this technique would have never gone out of style. because you can use all manner of whole grain flours and still come away with a moist and tender crumb. just ripe for the slather, and chomp. 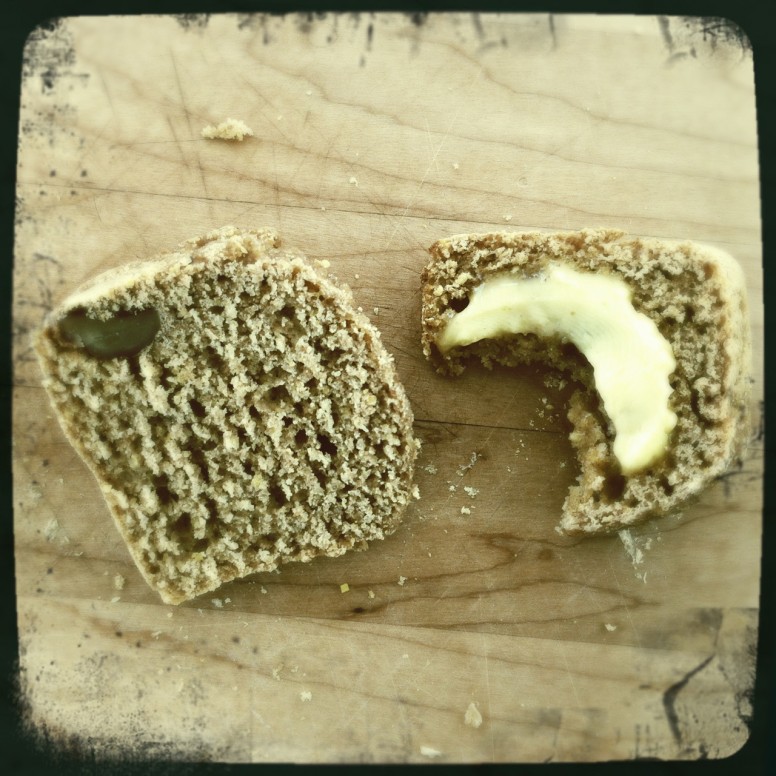 This version is one part rye flour, one part whole wheat bread flour and one part stone-ground cornmeal. aside from the heartiness and gentle tang of rye you would never guess it’s comprised of whole grain flours. it’s the steam that does it.

the good part? you may think that you need lotz of special equipment to get this result. not so! you need a 1.5 quart basin that can withstand a boil and then a gentle simmer and steam for 2 hours. that usually means heavy duty ceramic or stainless steel. these traditional steaming basins are easy to come by and economical. i love my patisse stainless mold and that’s what i used for this walnut bread, but you could even use a clean and empty coffee can as many a bostonian have been want to do. this bread is quite simply a riff on the brown bread that those very same bostonians have enjoyed for centuries, right along with those famous baked beans of theirs. 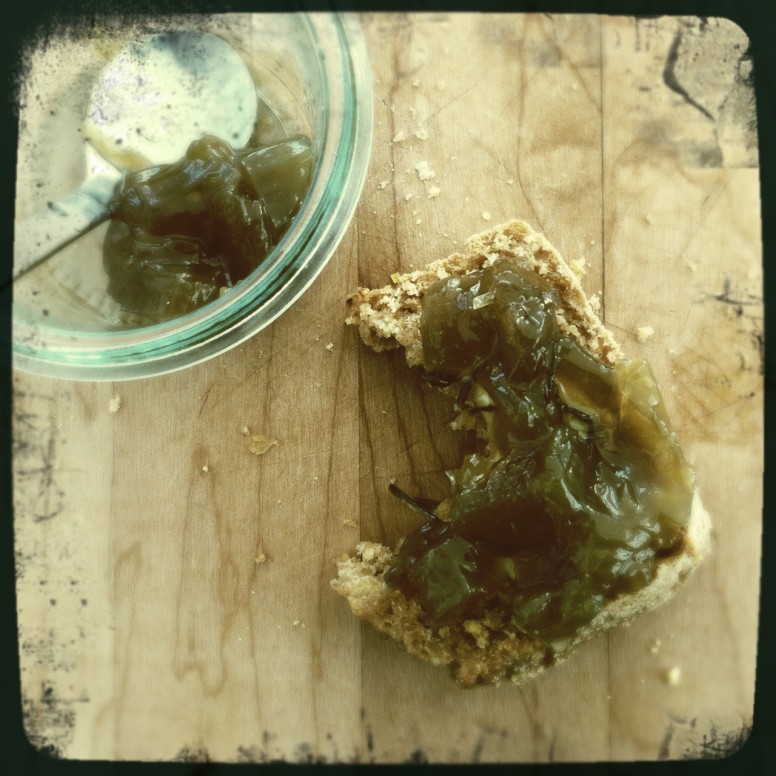 my steamed bread was not destined for such traditional fare. we chomped many a slice with a smart dollop of cultured butter and a good and hearty slather of lavender rhubarb jam (yes that is a whole lavender sprig in there, what can i say, i like rustic)!

this bread is perfect with butter alone, and we enjoyed the last bit with a flight of 3 cheeses. but we enjoyed it best of all lightly toasted for breakfast as a base for jam. and that is good, because (yikes!) it’s almost rhubarb season again and my larder is still quite bursting at the seams!

pawnote:
*to toast walnuts, place in a small heavy bottomed frying pan – cast iron if you have – and heat on low. toss gently, they’re done when you can smell the wonderful aroma of walnuts and they are just a tad darker. be careful not to burn, it can happen quickly! 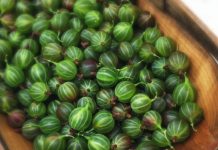