It’s true confession time. I haven’t canned a damn thing since I put a bunch of rhubarb in jars back in early June. there, I said it.

There’s a few reasons for that, and given all the roarin’ about canning that has happened around here in the past, I feel I owe you an explanation:

My work is full speed ahead and summer is the busiest time for me. it seems a recurring theme that each summer I get busier and busier. So there’s that. My garden has been taking up a lot of my ‘free’ time. This year’s drought (I mean, not like the globe is warming or anything, huh?) has turned the northeast growing season on its roots. and the watering, son, the watering. I’m not used to it as Berkshire summers aren’t Berkshire summers without all the rain.

And then there’s the deer, note the photo of the bean patch below was taken before the deer discovered how tasty it was. You don’t even want to see the chewed-to-pieces sweet cherry tree, or my newly discovered trampled shallot patch. Yes I know, it’s time to get more fencing – or a big dog. I even chose to forgo my summer kimchi-making. Its been too damn hot and I was concerned the fermenting would happen too fast and the subtlety of flavor lost. Which means we’ve been frantically stir-frying a lot of savoy. We are hoping (of course) that this Mediterranean-like climate will be good for the tomatoes, peppers and eggplants. The latter two always iffy in these hills. And so, we tend to them with even greater care. 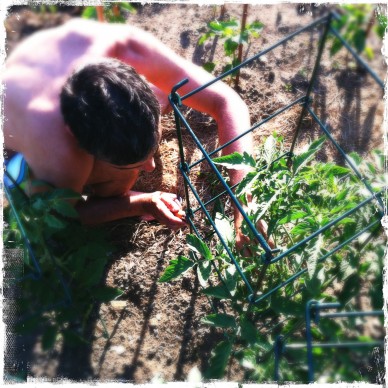 Just because I haven’t hot-water bath canned since June or kimchied even, doesn’t mean I haven’t put anything in jars. We shook a year’s worth of butter again a few weeks ago. Yup, 8 gallons of cream plus a gallon of buttermilk set us up all of last year. We still had one jar left when we made the new and it tasted as fresh as the day it was made. The one below is the new batch courtesy of this morning’s breakfast. 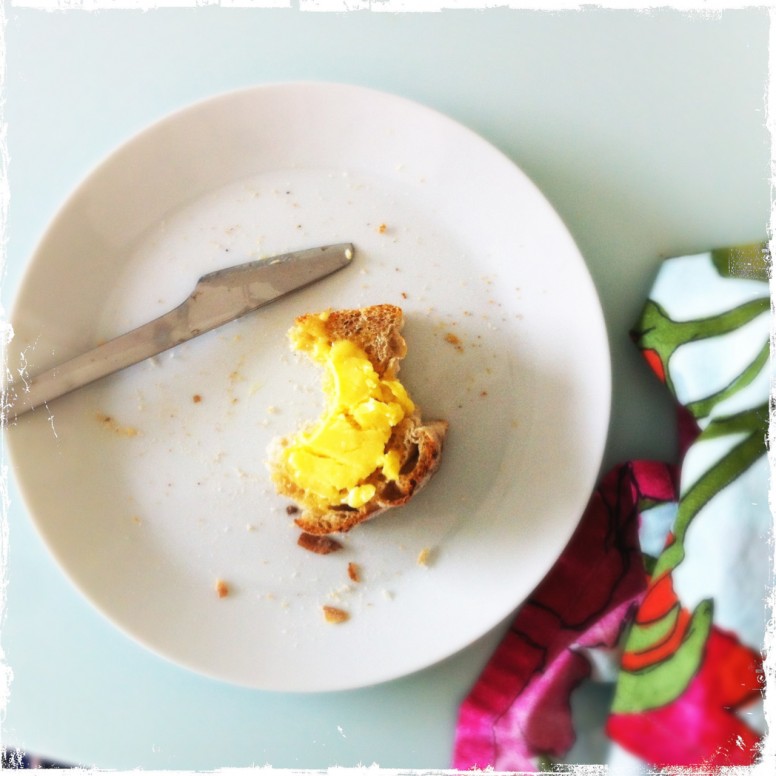 If you’ve ever wondered what a year’s worth of butter looks like there’s a shot of my newly stocked cellar freezer (please excuse the lighting). Some are in large jars, they are to be made into ghee or used for baking. The smaller jars are for slathering and are either sweet or cultured and various forms of salted, i.e. salted, salty, and chunky salt.

Since we’re down here, my cellar was built somewhere from the 1830-50′s. When we bought the house there were a kazillion spiderwebs everywhere here. They were as thick as dreads. Nothing a little sweeping and vacuuming couldn’t fix. Because of the modern day furnace that we installed it’s not a good root cellar – unfortunately, it doesn’t get cold enough. It makes for a great larder though, it’s good enough for wine-storage (essential) and I’ve even fermented down here in summers hot but not as hot as this. Those crocks are empty now though.

(don’t worry, there will be cabbage in the fall garden and kimchi to be made!) and yes that is cheap Mexican beer at the bottom, and a bottle of dom on the top. What can I say? I like to go high-low.

Back to what I brought you down here for; jars. The empty ones and the full ones. See all those sad, empty jars on the shelving on the left? That side is usually much more sparse at this point in the summer as the jars make their way (I help them of course) up the cellar stairs and to my kitchen where they get filled and sealed with provisions for the coming year. Then they’re brought back down again and put on the shelf to the right. I have so many still-empty jars this year, they’ve encroached on the shelves to the right! But above and below that shelf you can see some full jars, and there are more of them too, upstairs in the kitchen, and at my city digz. 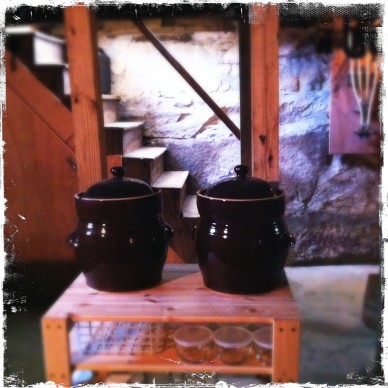 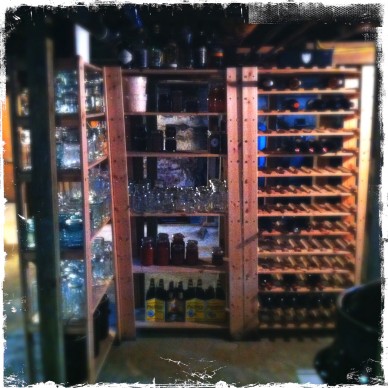 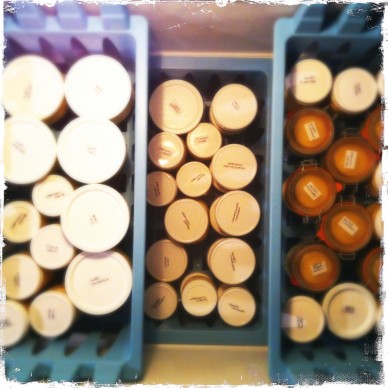 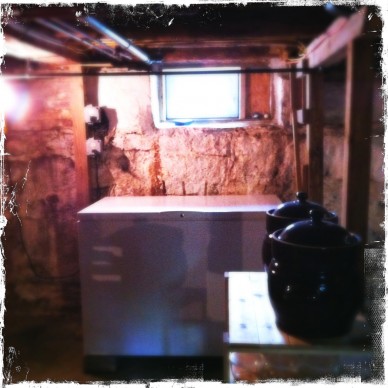 You see, with my very busy and somewhat stressful work schedule, and my gardener-turned-farmer(apparently)-attitude, I’ve had to set some boundaries with myself, lest I be worn-out by summer’s end:

With that, I want to call attention to the index page on this site, in which I hope to have made it very easy to find what you are looking for. because there is a wealth of canning recipes on this site, and just because I’m not churning out a bunch of new recipes this summer doesn’t mean there are not a bunch here for you to churn out.

by way of summery sweet stuff, i’ve still got 2011 smokin’ strawberry jam, nectarine preserves, gooseberry chutney with bengali spice, raspberry rose jam, and sour cherry preserves left in my larder. Hell, I’ve got 2011 rhubeena still and I’ve got a whole new batch of everything rhubarb for 2012 including my absolute favorite jam of all lavender rhubarb.

I’m not sayin’ that you won’t see more canning recipes around here this summer, I’m just sayin’ that my freezer may be my new best friend and while I’m in the garden… 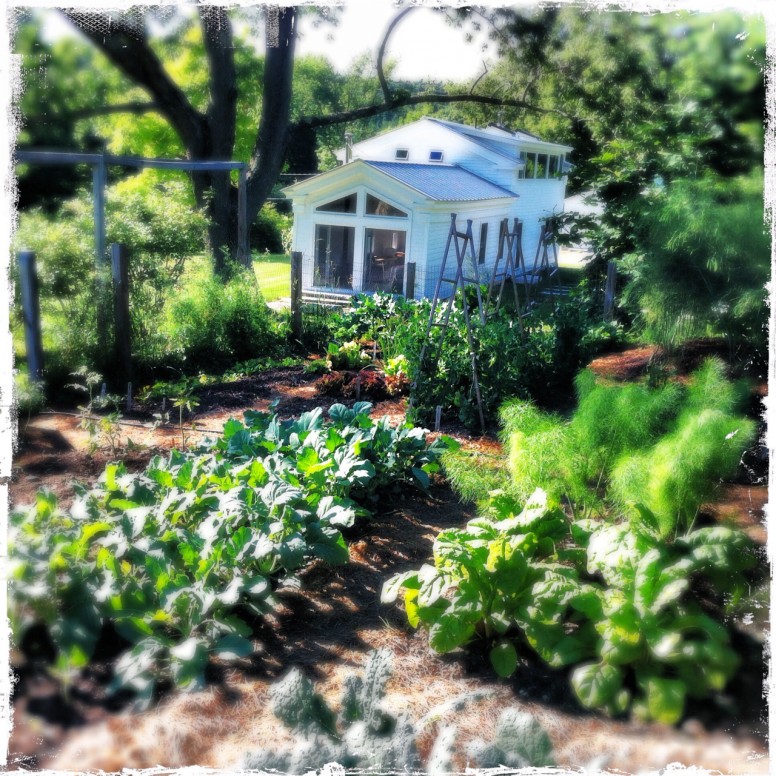