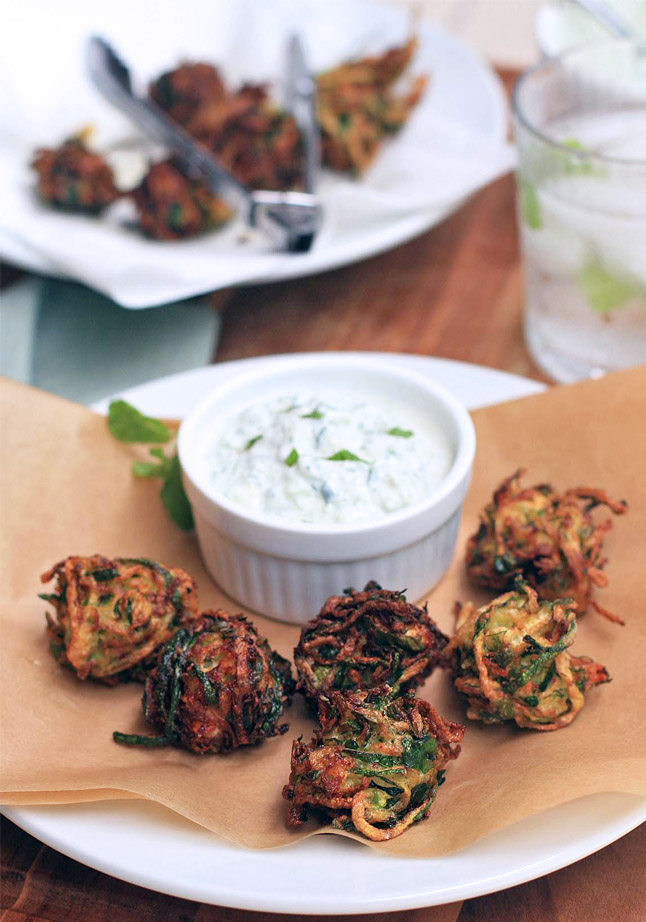 I don’t often subscribe to food magazines (who has time to read magazines when there are so many great food blogs out there?), but when I needed to keep some airline miles from expiring, I signed up for Food & Wine.  I’m so glad I did.  The May issue alone introduced me to Stella’s Double Chocolate and Brown Butter Brownies and these herbed zucchini and feta fritters, a favorite from Didem Senol’s Istanbul restaurant, Lokanta Maya. 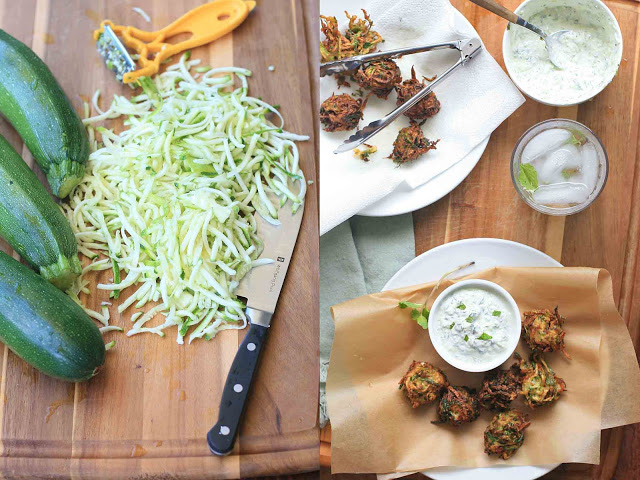 I’m not afraid to break out the oil and do some deep frying from time to time, although I try take a deep-frying breather in spring and summer months.  Well, these might be the exception to the rule: sure they’re fried, but they’re also packed with shredded zucchini, chopped mint, dill and parsley and studded with chunks of feta cheese. 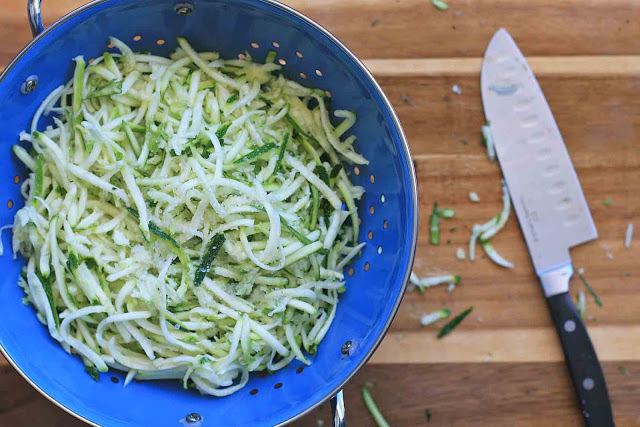 I probably don’t have to tell you how magical it is to bite into one and be rewarded with a soft chunk of slightly warmed feta.  Just keep the crumbled feta in somewhat large chunks so that they’re able to keep their integrity during the frying process.

They’re great as-is, but even better with some tzaziki-style yogurt and cucumber dip. The original recipe uses wheat flour, but they were a snap to convert to gluten-free.

One final word, don’t be tempted to half the recipe.  After two zucchini yielded what seemed to be an enormous pile of shredded zucchini, I unwisely decided that a half-batch would be enough.  Trust me- you’ll want the full batch… 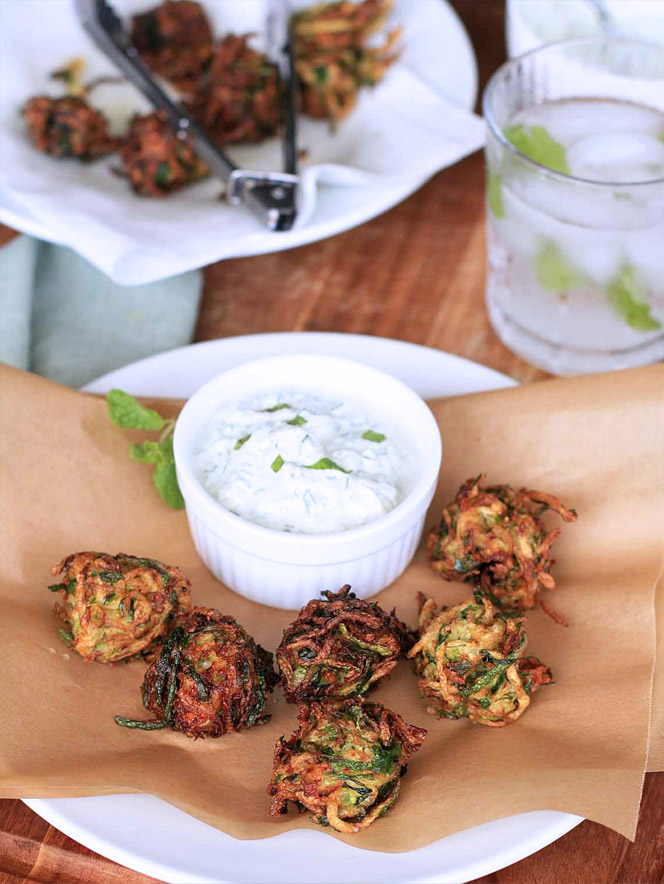 Place the zucchini in a cheesecloth-lined colander and sprinkle with 1 tablespoon of salt. Toss the zucchini well and let stand for 5-10 minutes. Squeeze out as much liquid as possible and transfer the zucchini to a large bowl. Stir in the eggs, rice flour, potato starch, dill, parsley, 1/4 cup of the mint, feta, and black pepper. Refrigerate the fritter batter for about 10 minutes.

In a food processor, coarsely puree the chopped cucumber. Transfer to a medium bowl. Stir in the yogurt and the remaining 2 tablespoons of mint and season with salt and pepper.

Preheat the oven to 350°. In a medium saucepan, heat 1 inch of vegetable oil to 350°. Set a paper towel-covered baking sheet near the stove. Working in batches, shape small, golf-ball sized balls of fritter using your hands. Drop them into the hot oil and fry, turning the fritters a few times, until browned and crisp, about 3-5 minutes. Use a slotted spoon or tongs to transfer the fritters to the prepared baking sheet and repeat with the remaining fritter batter.

Discard the paper towels and reheat the fritters in the oven for about several minutes. Serve the zucchini fritters hot with the cucumber and yogurt sauce.