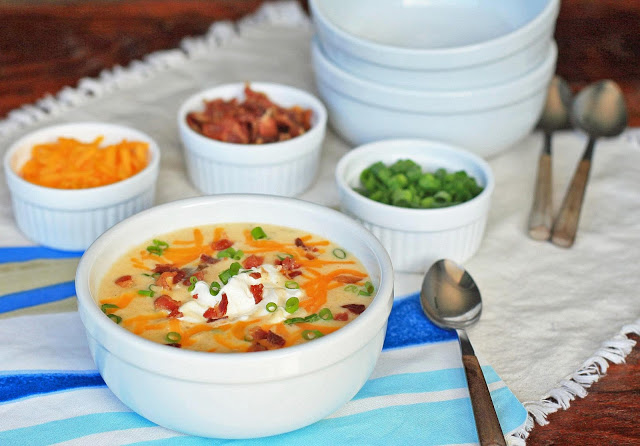 The other week at Safeway I couldn’t pass up a 10-pound bag of potatoes that was on sale for $3.  In a land where a half-gallon of milk can cost you $5, it was pretty much the deal of the century.  Nevermind the fact that I’m generally unable to use a 5-pound bag of potatoes before they start to spoil: I was blinded by the savings. 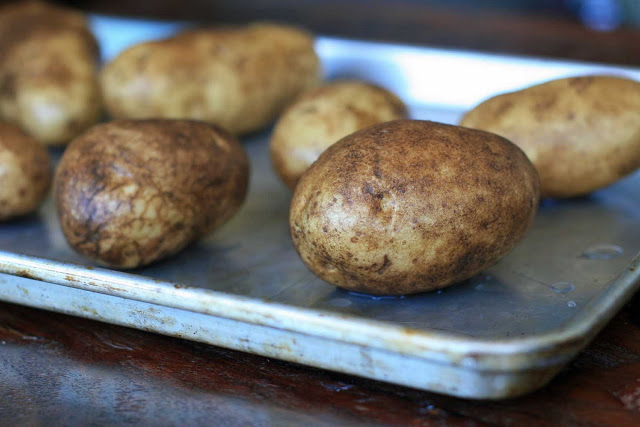 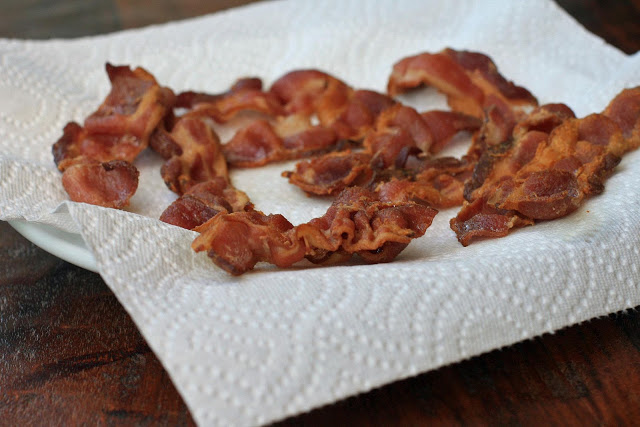 If I wanted to avoid throwing a good portion of these into my compost, I knew I had to do something drastic.  You know, like making enough baked potato soup to last me a week or two.  Luckily I’m a huge fan of leftovers.  Especially when it’s a thick, rich, and creamy soup with the taste of your favorite loaded baked potato.  Bacon and cheddar and sour cream, oh my. 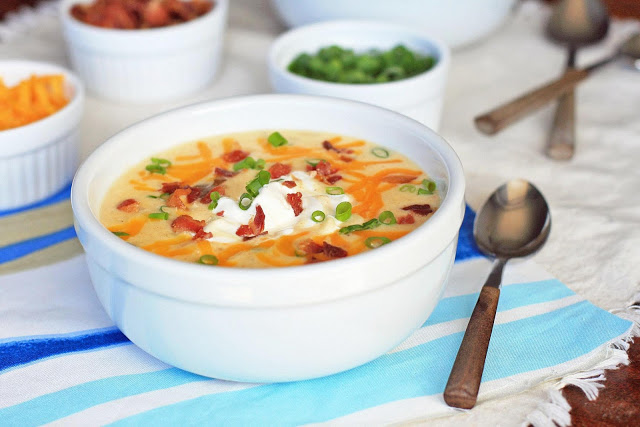 Dice four of the baked potatoes into small, bite size pieces, skins and all. For the remaining four potatoes, scoop out the flesh and mash until smooth. Discard skins of these potatoes.

In a large soup or stock pot, fry the bacon until crisp. Remove the bacon to a paper towel-lined plate and let cool slightly. Crumble into small pieces when cool enough to handle.

Place the cornstarch in a small bowl and combine with equal amount of water to create a slurry. Add to the soup and cook, stirring constantly, until thick.

Ladle soup into individual bowls and top with a dollop of sour cream, the reserved crumbled bacon, extra cheese (if desired) and green onions.