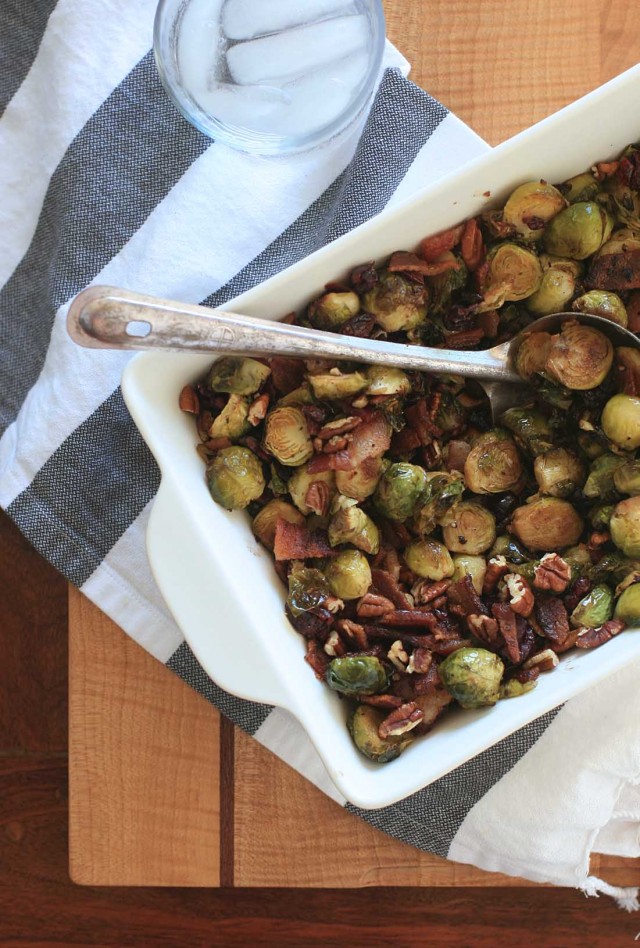 I’m a neutrals kind of girl, which means my Christmas decorations typically consist of white lights, natural elements (greens and pine cones), and maybe just a little bit of gold or another metallic for shimmer and sparkle.  But I’m all for the red and green color palette when it’s on the dinner table.

My family loves turkey so much that we typically do Thanksgiving 2.0 on Christmas Day.  And because there’s generally so so much starch involved (stuffing, mashed potatoes, etc.), it’s always nice to have a non-starchy green veggie or two to balance things out. 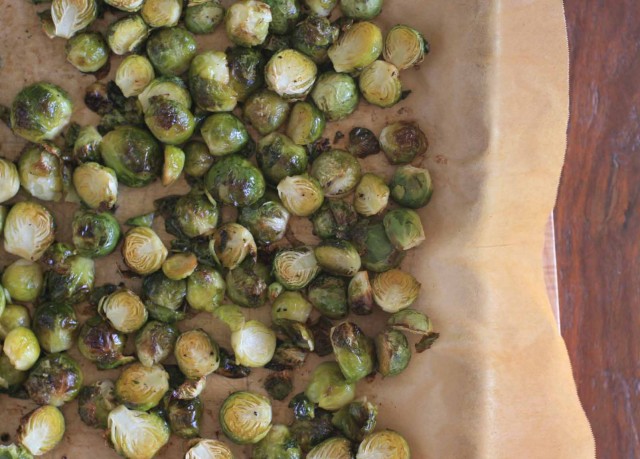 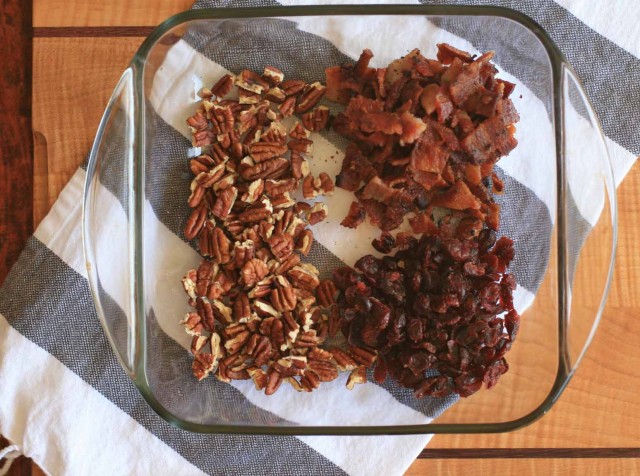 A version of this broccoli and cranberry salad has filled that role for several years, but I’m always up for trying something new,  especially when it involves roasted Brussels sprouts and bacon.

In this side dish Brussels sprouts get roasted in olive oil and rendered bacon grease and then tossed with toasted pecans, crumbled bacon and dried cranberries in a maple balsamic vinaigrette. 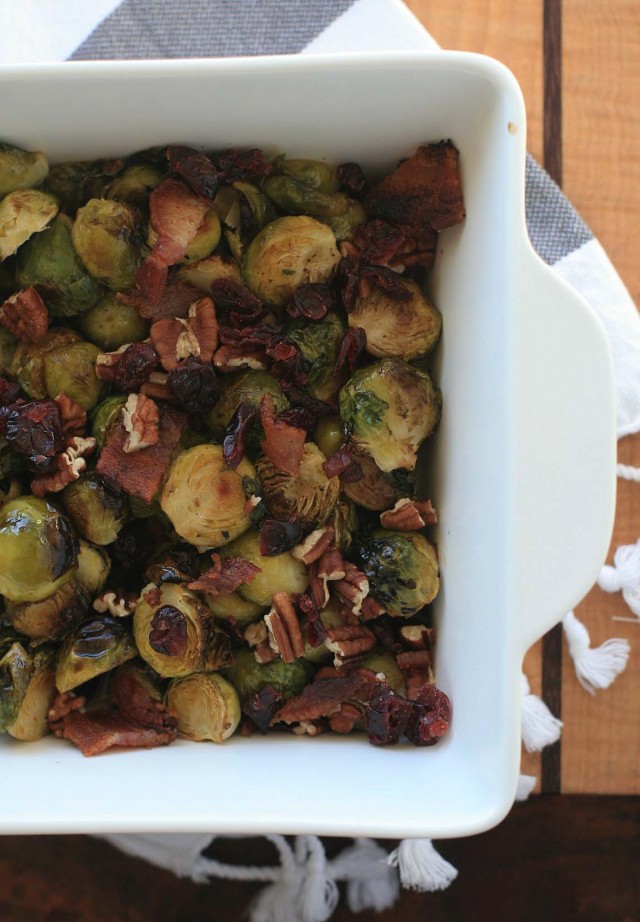 Smoky and sweet with plenty of crunch, this warm salad tastes just as good as it looks.  With its festive red and green coloring, it’s the perfect dish for your Christmas meal, but I’m guessing that you’ll be craving it all year round. 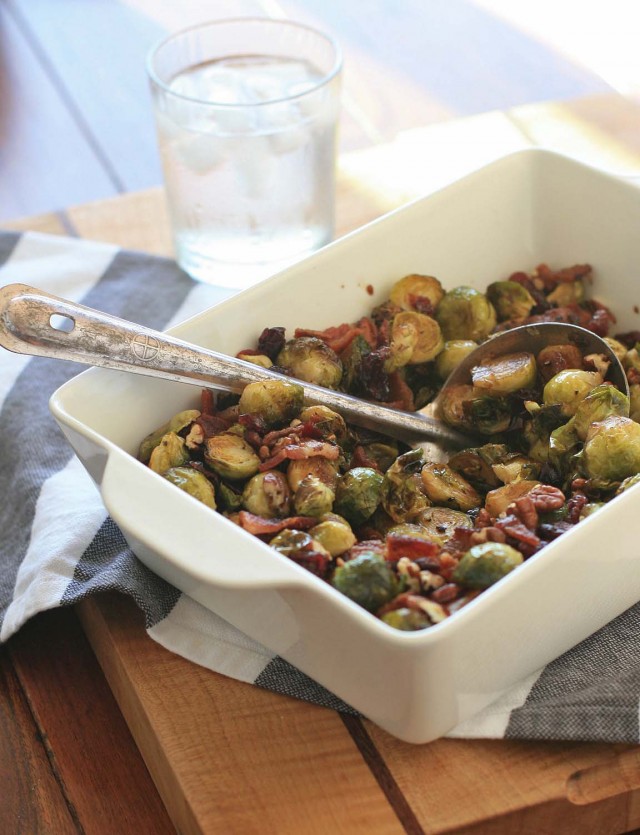 Cook bacon in a large frying pan until crispy. Remove strips of bacon from the pan, reserving the bacon grease, and set aside on a paper towel-lined plate to cool slightly. When cool enough to handle, either roughly chop or crumble using your fingers.

Wash Brussels sprouts, remove stems (and any yucky outer leaves) and halve. Toss the Brussels sprouts with the rendered bacon grease and the olive oil. Spread onto the prepared pan and sprinkle with salt and pepper. Roast for 35 to 40 minutes, tossing once or twice, until the Brussels sprouts are crisp and browned on the outside and tender on the inside.

Transfer to a large bowl or serving dish. Add the Balsamic vinegar and maple syrup and toss to coat. Just before serving sprinkle on the bacon, pecans and dried cranberries and give it a quick toss to mix everything together.

Top 7 Dishes You Should Definitely Try in the USA