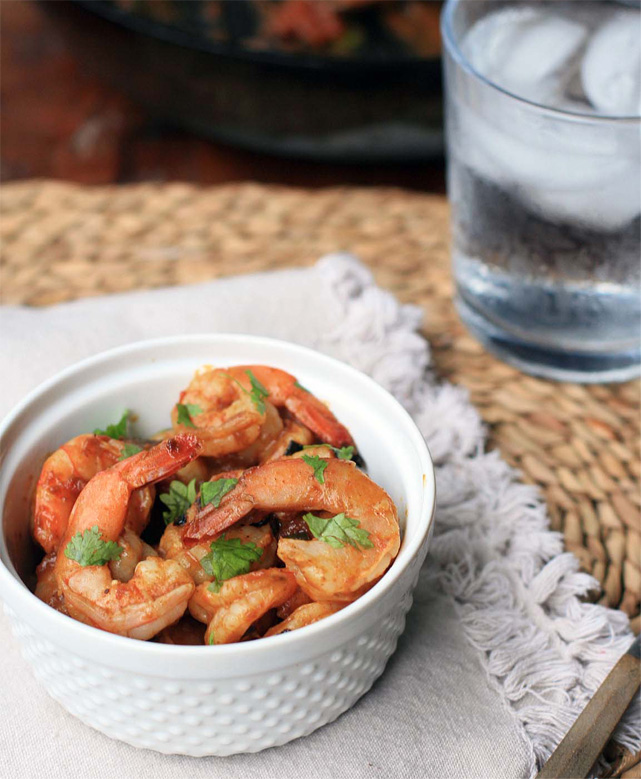 My mother commented not too long ago that I post a lot of shrimp recipes… and she’s totally right.  That’s because shrimp is inexpensive, festive, and quick-cooking.  And unlike a lot of seafood, it’s so easy to cook well.  In fact, many of my favorite meals are shrimp based: there’s been Basque Lemon Shrimp, Greek Shrimp with Feta, and Creamy Shrimp with Cilantro Stems, just to name a few. 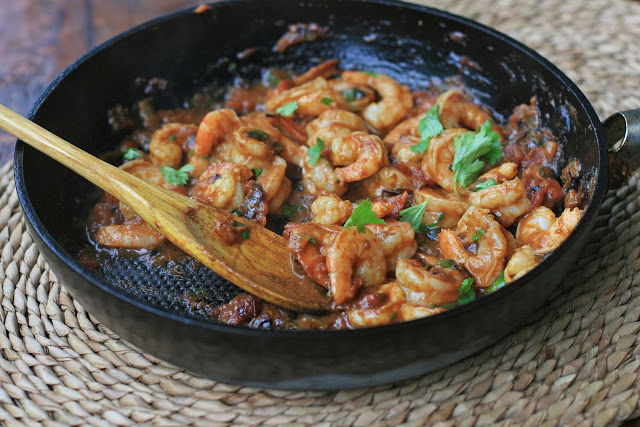 This is recipe is definitely a keeper and it’ll be nice addition to my predominately legume-based South Asian meals.  The Jalapeno peppers and cayenne add a nice level of heat (those who dare can substitute Serrano peppers for the Jalapenos) while the tamarind adds a sour fruitiness to the dish.  You can find the tamarind paste at Asian markets and leftovers can always be used for Tamarind Ketchup, a great twist on a refrigerator staple. 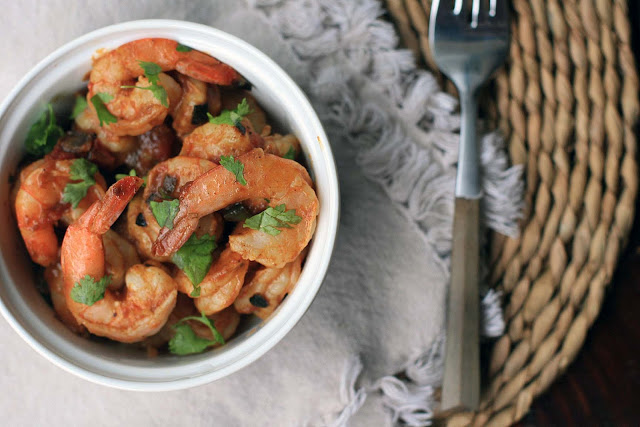 Heat oil in a large frying pan. Add the onion and chile peppers and cook until nicely browned. Add the garlic and ginger and cook, stirring, for about a minute. Add the garam masala, turmeric and cayenne and stir to coat. Cook until very fragrant, about a minute or two. Add the tomatoes and tamarind and cook until the tomatoes begin to break down and the sauce has thickened. Add the sugar, salt and shrimp. Cook, stirring occasionally, until the shrimp turns pink.

Stir in the cilantro leaves and serve.