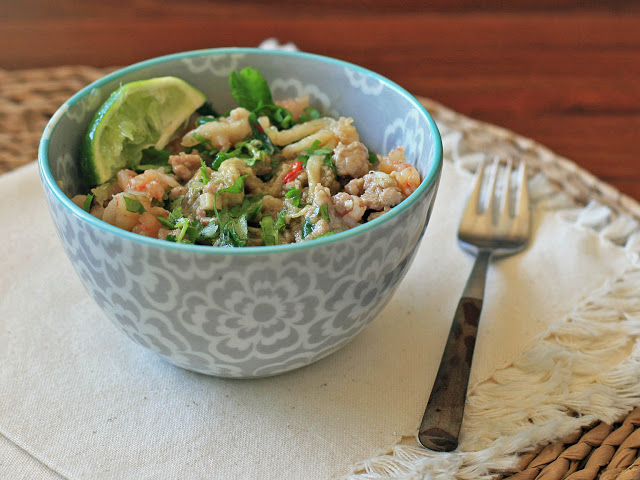 The hardest part about this recipe?  Naming it.  There are variations of this recipe in just about every Cambodian cookbook that I’ve looked at but they don’t seem to capture what’s going on here.  The names I’ve come across are things like Eggplant and Pork or something equally lacking and non-inspirational.  First of all, eggplant and pork doesn’t mention anything about shrimp, which constitutes half of the protein here.  And it doesn’t convey the smokiness of the charred eggplant and makes no mention of all the wonderful freshness you get from the addition of scallions, cilantro and lime. 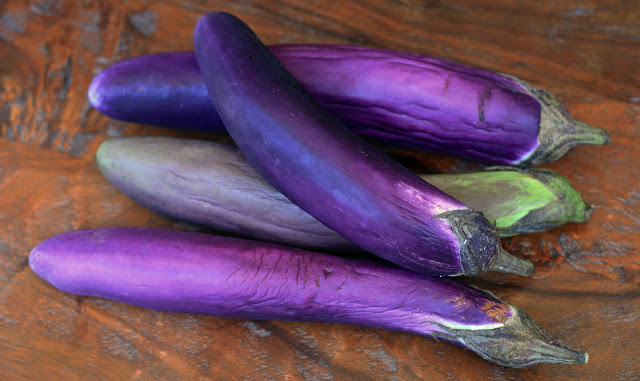 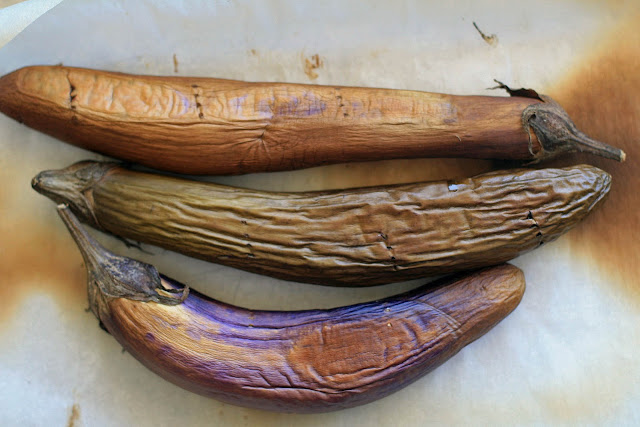 If you like larb, I’m guessing you’ll really like this as well.   But like larb, it’s not the prettiest of dishes.  Thankfully the taste more than compensates for its lack of good looks.  The shrimp and eggplant really help lighten up the heaviness from the ground pork.  It was great as a rice bowl, though I imagine it would also work well as a lettuce wrap, a la P.F. Chang’s, for those of you who might be low carbing it. Cooking the eggplant is the most time consuming and most difficult part.  The rest?  Easy peasy. 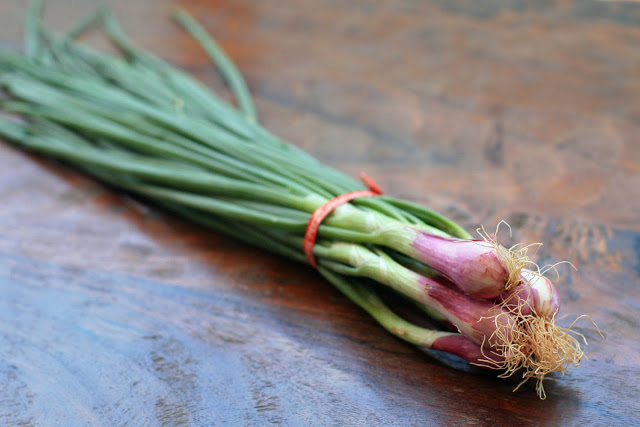 Prick the eggplant with a fork (this will prevent eggplant from exploding), place on a baking sheet and bake for approximately 40 minutes, turning the eggplant halfway through cooking time.  The eggplant should be soft and the skin should have turned to a medium to dark brown.  Let cool slightly and then peel away the flesh and chop into bite size pieces.  Discard the skin.

Place in individual bowls and garnish with a lime wedge.