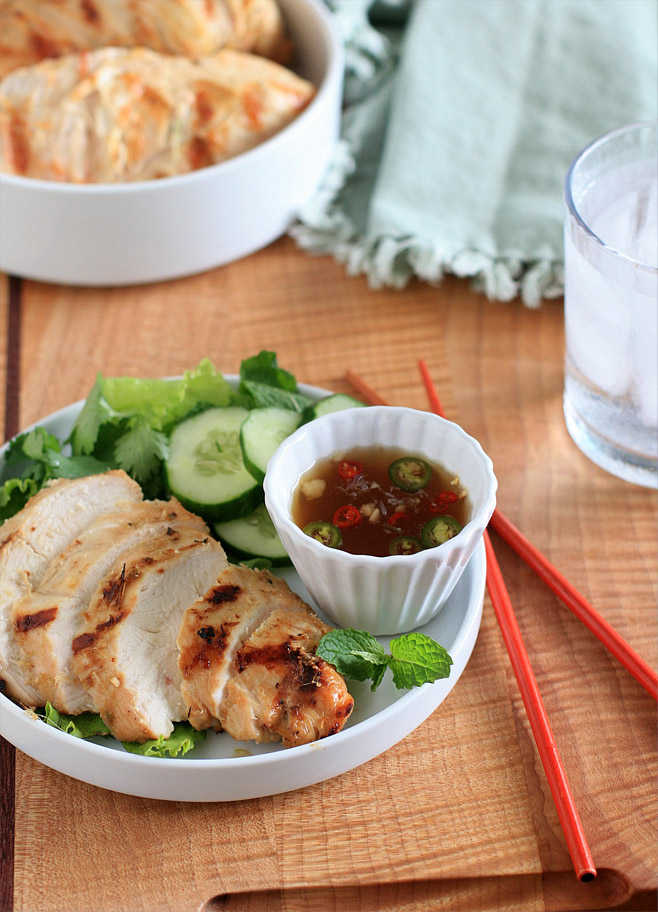 One of my favorite parts of my trip to Vietnam was exploring the northern part of the country, miles and miles from the tourist trail.  One night I stayed not far from the Red River, which creates a natural border between Vietnam and China, in a modest one-room dwelling occupied by a Vietnamese Ranger.

I can’t tell you exactly what his duties were or what he did most days, since there was little to no action in the area.  His only neighbors were some Black H’mong folks who went about their business and a teacher who’d been plucked from Hanoi to teach the H’mong children.  I’d guess that his entertainment came primarily from the satellite television.  To say he was excited for some actual, living company would be a massive understatement. 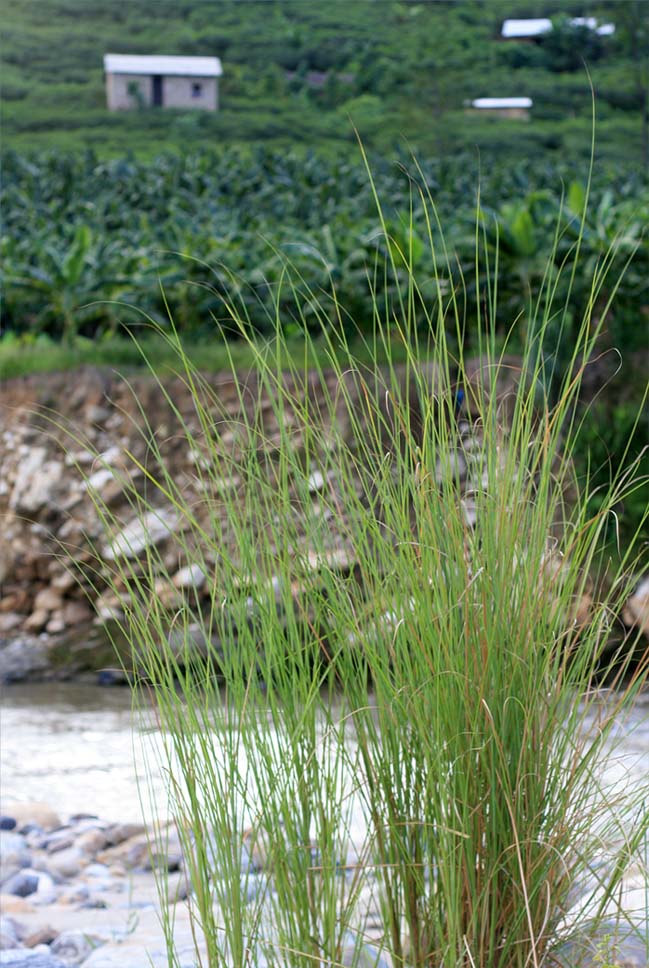 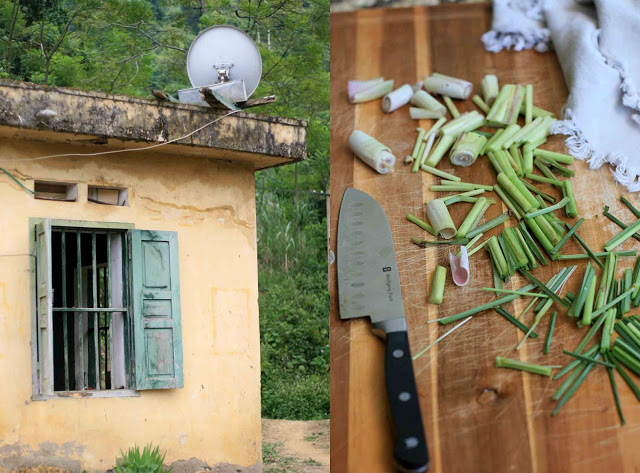 Our presence (a couple of Americans along with with our Vietnamese guide and driver) was probably the closest thing to a party that he’d experienced in quite some time.  And to celebrate?  It was decided that we’d have a chicken feast.

Within minutes a bird appeared (from one of the Black H’mong neighbors?) and was killed, plucked, gutted and cleaned.  I watched, curious but also a little embarassed about how little I knew about the process. 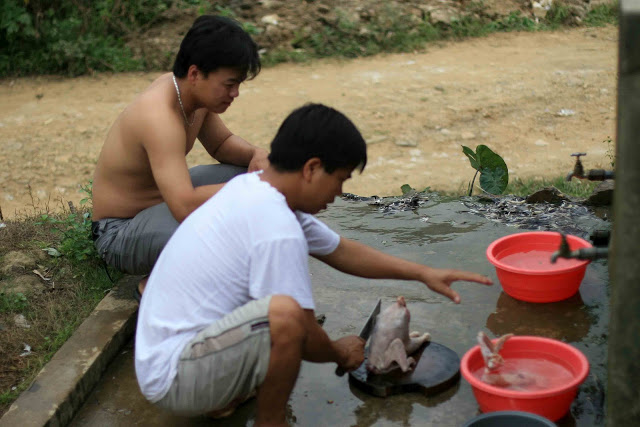 Our range friend cooked the chicken simply, by boiling it with salt and pepper.  Minutes later we all ate, seated cross-legged in a rough circle on woven grass mats.  Conversation was limited (my Vietnamese basically consisted of hello and thank you), but there was plenty of eating, smiling and laughter, especially each time somebody refilled my bowl with the chicken’s cooked, congealed blood.  I think my desire to be polite was misinterpreted as an affinity for the dish.

So I wasn’t actually a fan of the chicken blood, but other Vietnamese chicken dishes are another story altogether.  Case in point: lemongrass chicken.  Chicken breasts are marinated in a fragrant lemongrass paste that comes together in just minutes with the help of a food processor.  Toss the chicken on the grill and enjoy this quick and easy recreation of the classic Vietnamese street food.

The chicken can be served American-style alongside rice and a vegetable, or cut into pieces, wrapped in lettuce and Vietnamese herbs and then dunked in nuoc cham sauce.  Both are great options. 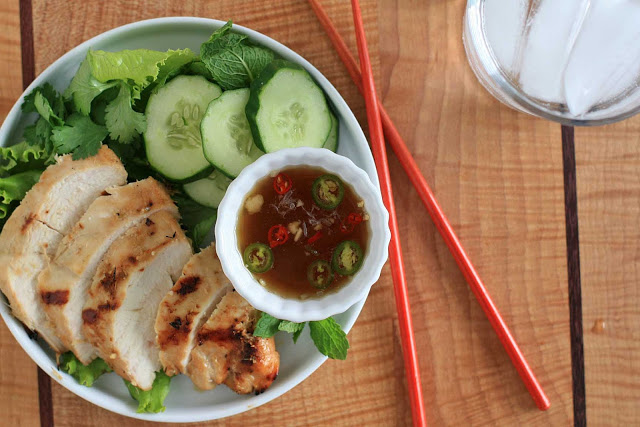 Place the chicken in a heavy duty plastic food storage bag and pound to an even thickness with a meat mallet.

Combine the lemongrass, shallots, garlic, fish sauce, soy sauce, palm sugar, chile peppers, and lime juice in the bowl of a food processor and process until smooth. Spoon the paste into the food storage bag. Add the canola or vegetable oil and close the bag. From the outside of the bag, try to massage the paste into the chicken.

Marinate for at least 1 hour, although 3-4 hours is preferable.

Preheat a gas or charcoal grill and brush lightly with oil. Grill for about 3-4 minutes per side, until cooked through.