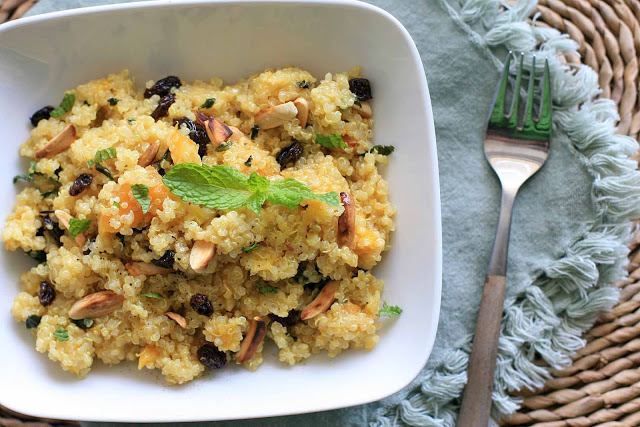 When I’m on a cleanse, I rarely eat any grains.  That’s fine by me because usually I’m so focused on creating a flavorful main dish- either meat-based or vegetarian- that the grain is nothing more than an afterthought.  Most often I just toss some brown rice or quinoa into the rice cooker and call it good.  Healthy?  I guess.  But it also gets pretty boring.

Well this quinoa dish is anything but boring.  In fact, it just might cause a paradigm shift in how I plan my meals and think about grains.  Rather than playing second fiddle, it’s the main cause for excitement. 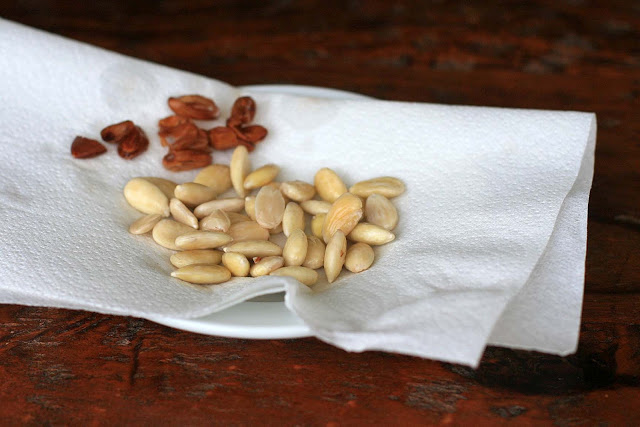 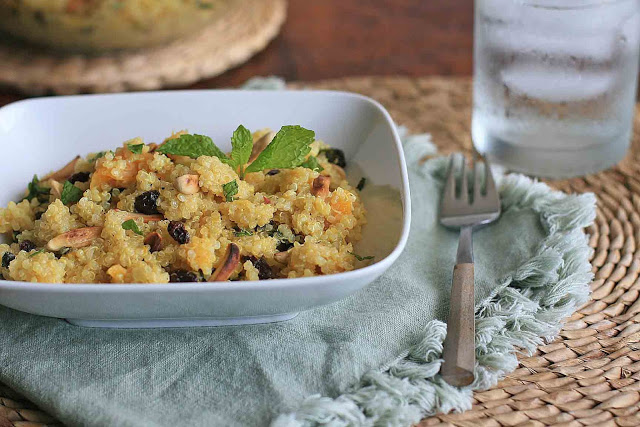 Quinoa gets cooked with dried apricots in a turmeric-spiked broth.  It’s then tossed together with toasted almonds and currants in a citrus and mint dressing.  It’s great warm or as a cold salad and would be excellent paired with a simple grilled chicken.  Along with the roasted kabocha with oregano and mint, this is going to become a standard picnic and potluck item for me this year. 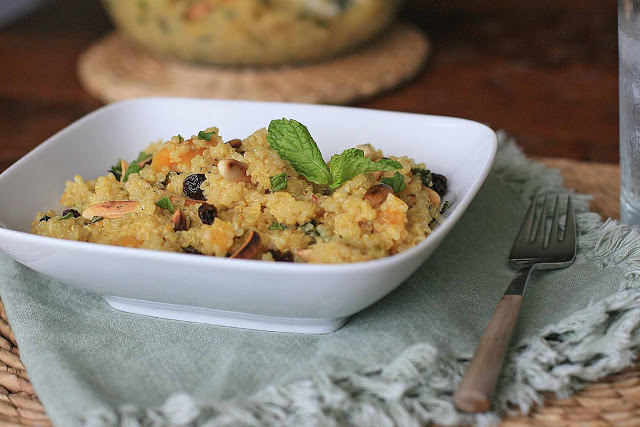 Combine the quinoa, apricots, broth and turmeric and broth in a rice cooker and cook until the machine turns off. Alternatively bring all of the ingredients to a boil in a saucepan, cover and reduce heat to low. Simmer, covered, until all of the broth has been absorbed.

While the quinoa is cooking, combine the olive oil, lemon juice, orange zest and mint in a bowl and whisk together. When the quinoa is done, toss with the dressing. Mix in the almonds and currants. Taste and season with salt and pepper.