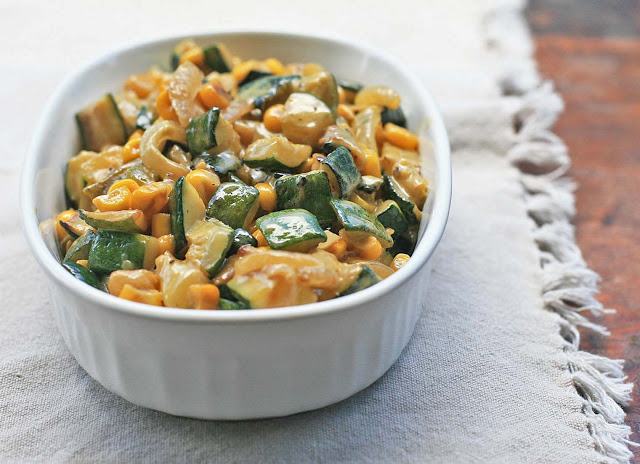 When I was a little girl, one of my cousins was vegetarian.  The whole concept was very foreign to me… meat and potatoes were pretty standard fare in our household.  Once, we were all eating dinner at my grandmother’s house.  Most of use were eating, you guessed it, meat and potatoes, but my grandmother had prepared a special vegetarian dish for my cousin.  It was a zucchini pie made with a Crescent roll crust brushed with just a hint of mustard.*

Twenty-some years later, it’s like I can still taste it.  Suddenly, being a vegetarian didn’t seem so bad or weird.  And that’s coming from a girl who didn’t really like vegetables until well into her tween or teen years. 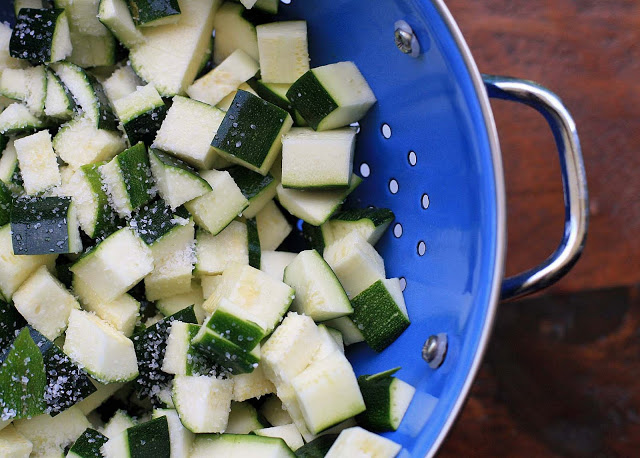 Well, I can’t eat Crescent Rolls anymore and my cousin is no longer vegetarian.  But I’m pretty sure that this dish of sauteed zucchini, corn and roasted green peppers could similarly convince somebody that vegetarian food can still rock the house.

* If anybody is interested in the recipe for the zucchini pie that changed my life, the closest thing I found online was on Allrecipes. 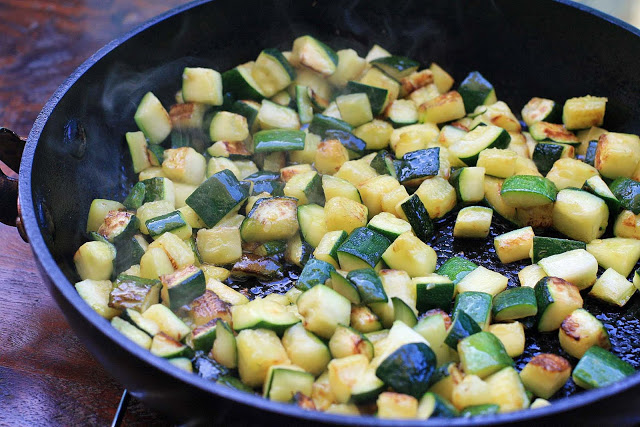 Place the zucchini in a colander and mix with the salt. Let stand over a plate or the sink for about 1/2 hour to draw out any bitter liquid. Rinse and pat dry or drain for several minutes in the colander.

* Need pepper roasting instructions? I use this technique.

** If you cannot find Mexican-style sour cream, you can substitute heavy cream or regular sour cream.