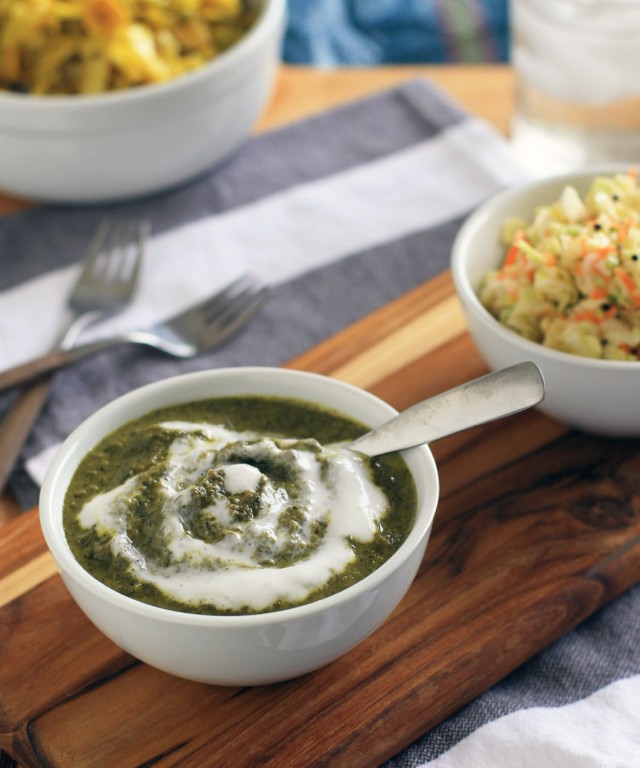 Creamed spinach.  It’s pretty good stuff, right?  I mean, even folks who hate greens and vegetables in general would probably be happy to eat it on the side of a char-grilled steak.

But what about those of us on the other end of the spectrum, i.e.  those of us who would happily eat spinach, kale or just about any other green every day of the week?  Those of us who don’t need excessive amounts of butter and cream to make those greens palatable and would be happier without the extra fat and calories?

Well, I think I’ve got something that will appeal to both factions. 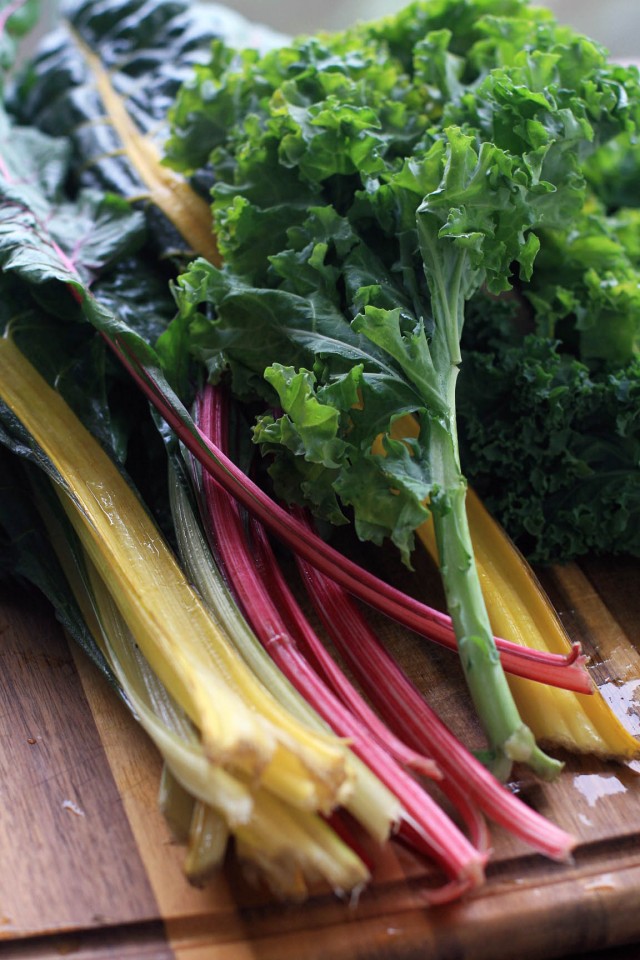 Large bunches of Swiss Chard and kale are combined with a lightly-spiced onion mixture and rich and creamy coconut milk  in this Indian-spiced creamed greens dish.  Even though it’s much, much healthier than your average creamed spinach recipe, it tastes no less indulgent.  Coconut milk for the win yet again.

I have a spinach salad on an almost daily basis, so I like to switch things up and use Swiss Chard and kale for this creamed greens recipe.  But, if you’re looking for a shortcut, I imagine adding a box or two of frozen spinach in lieu of the Swiss Chard and kale would work great and save you a bunch of time. 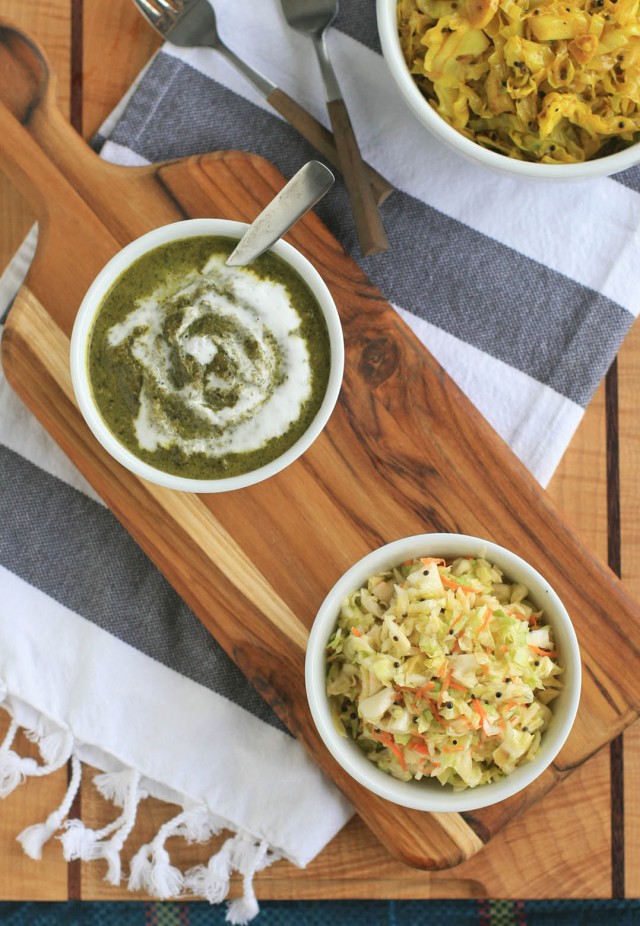 While the greens are cooking, prepare the tadka. Heat the oil in a large saucepan over high heat. When the oil begins to smoke, add the cumin seeds and cover immediately with a lid or a splatter screen. When the cumin seeds have begun to stop popping and/or sputtering, add the onion and reduce heat to medium-high. Cook, stirring occasionally, until the onion begins to turn golden. Add the ginger and cook a minute or two, until very fragrant.

Add the steamed greens, the remaining half cup of water and a sprinkle of salt to the saucepan. Reduce heat to low and cook, covered, for another 10-15 minutes. Use an immersion blender to process the mixture smooth and then add the coconut milk. Cook just until heated through.