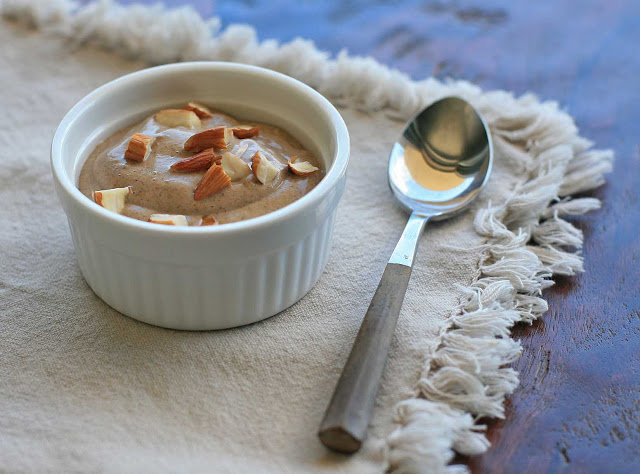 Ever used chia seeds for something other than a Chia Pet?  In the book Born to Run, Christopher McDougall profiles the world’s original ultra marathoners, the Tarahumara Indians.  Supposedly they used a chia seeds in a drink to sustain themselves for long runs.  Even though I’m a sporty girl, the only time you’ll catch me running is to avoid getting hit by a car.  But that doesn’t mean I’m not interested in adding some of these nutritional powerhouses into my diet (they’re a great source of Omega-3).

It was my raw vegan friends who inspired me to use the seeds to make a pudding.  The most basic chia pudding recipes just mix the seeds with some non-dairy milk and some stevia, I was hoping for something a bit less gloopy (chia seeds absorb the liquid and gelatinize, making it something like a tapioca pudding) and a bit more interesting.  I set my mind on a pudding version of my favorite Date with Fate Smoothie with a little extra chai spice for good measure.  Healthy pudding with no dairy and no added sugar?  Sign me up. 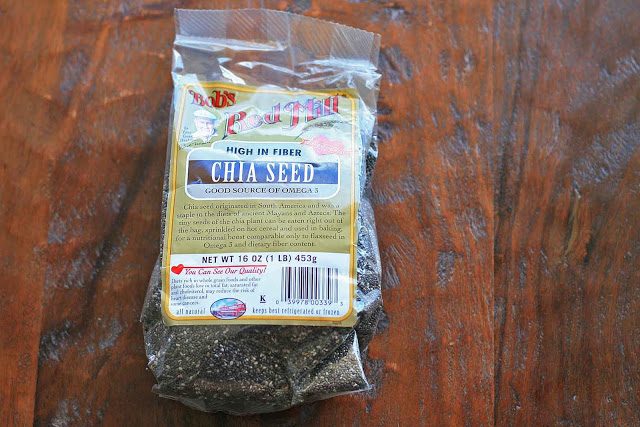 Combine all ingredients in a high speed blender and process until very smooth and fluffy. Sprinkle with chopped almonds, if desired.

Note: I used my Vitamix for this pudding. I’m not sure whether a regular blender will work, since the Vitamix pulverizes the seeds, allowing the pudding to thicken very quickly and get a very smooth texture. One option for those without a high speed blender would be to use 3/4 almond milk in lieu of the almonds and water, and blend this with the dates, banana and spices. Mix this with the chia seeds and let sit for about 30 minutes, stirring occasionally, until the pudding is thick. This will give it a texture closer to tapioca pudding rather than the smooth pudding shown here.